The meeting focused on planned gas supplies to China through both eastern and western routes. It also looked at possibilities regarding cooperation in underground gas storage and gas-fired power generation, as well natural gas vehicles (NGVs).

An additional meeting was held between Miller and the President of China National Offshore Oil Corp. (CNOOC), Liu Jian. This meeting looked at the possibility for cooperation in hydrocarbon exploration and production, as well as in the LNG industry.

Read the article online at: https://www.lngindustry.com/liquefaction/31052016/gazprom-explores-cooperation-possibilities-with-cnooc-and-cnpc-2518/ 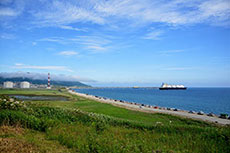 Gazprom has announced that its LNG portfolio has more than doubled in recent years.

Gazprom has announced that it has signed a Memorandum of Understanding regarding cooperation in the oil and gas industry with Thailand’s PTT. 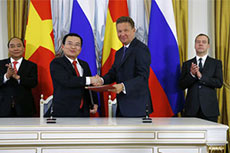 Representatives from Gazprom and PetroVietnam have met in Moscow, Russia, signing a number of agreements to strengthen cooperation. 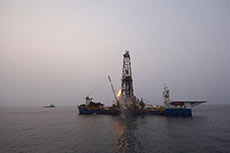