GE has released a statement claiming Azeez Mohammed has been appointed President and CEO of GE Energy Connections’ Power Conversion business. Most recently, Mohammed served as the President and CEO of GE’s Power Services business for Middle East and Africa, helping to lead the company’s digital transformation, as well as launching innovative solutions in the power and LNG sectors. In his new role, Mohammed will be based in the Power Conversion headquarters in Paris, France.

Mohammed will responsible for continuing the growth of the Power Conversion business, including strengthening the capacity of its service network (especially in emerging markets).

Read the article online at: https://www.lngindustry.com/regasification/20072016/ge-appoints-new-president-and-ceo-of-power-conversion-business-2789/

An independent report has forecast a bright decade ahead for the Northern Territory, Australia, courtesy of INPEX-operated Ichthys LNG.

GE Oil & Gas and Technip have signed a Memorandum of Understanding for a joint project exploring areas to co-develop digital solutions for the LNG industry.

GE has appointed Stephan Reimelt as the new President and CEO of its Power Conversion company. 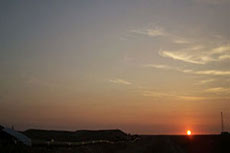 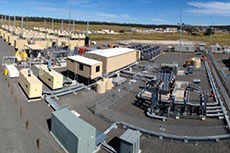