InterOil Corp. has announced that, at a special meeting held on 21 September 2016, its shareholders voted overwhelmingly in favour of the transaction with ExxonMobil Corp. Over 80% voted for the proposed transaction.

The Chairman of InterOil, Chris Finlayson, said: “I would like to thank our shareholders for their overwhelming support for this value-creating transaction.

"This transaction delivers shareholders a material and immediate premium, a potential direct cash payment based on the Elk-Antelope resource certification and exposure to future value through ownership of ExxonMobil shares. We look forward to continuing to work with ExxonMobil to satisfy the last required conditions and to completing the transaction promptly.”

The transaction is expected to close by the end of September 2016. InterOil claims that it is intending to seek a final order with respect to the plan of arrangement at a hearing in the Supreme Court of Yukon, Canada, scheduled for 27 September 2016.

Read the article online at: https://www.lngindustry.com/liquid-natural-gas/22092016/interoil-shareholders-vote-in-favour-of-transaction-with-exxonmobil-3091/

InterOil has announced that it has reached an agreement to be acquired by ExxonMobil, rejecting the previous bid made by Oil Search.

Following the recent news that ExxonMobil has made a superior bid, Oil Search has announced that it will not make a revised offer for the acquisition of InterOil. 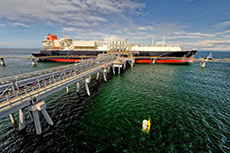 InterOil noted that its focus remains on progressing the Elk-Antelope LNG project in Papua New Guinea. 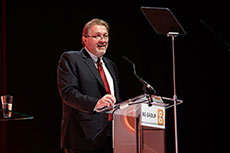