SapuraKencana Energy (SKE) has announced that it has made a significant gas discovery from its three wells 2015 drilling campaign within the Block SK408 Production Sharing Contract (PSC) area, which is located off the coast of Malaysia.

All of the wells targeted non-associated gas within the primary target Late Miocene Carbonate reservoirs. Situated approximately 5 km north of the 2014 Bakong gas discovery, Jerun-1 (the first well) is a significant discovery. SKE claims that the well has an interpreted gross gas column of approximately 800 m in the primary target reservoir, and is a multi-trillion cubic feet gas discovery. This is based on the analysis of electric log, pressure and sample data.

Alongside the five discoveries that were made earlier in the SK408 block, Jerun-1 and Jeremin-1 are near to existing infrastructure that supplies gas to a large LNG facility at Bintulu, Sarawak, Malaysia.

The President and Group CEO of SapuraKencana Petroleum Berhad, Tan Sri Dato’ Seri Shahril Shamsuddin, said: “The 2015 drilling campaign for SK408 has been executed within budget and completed safely by the SKE team with exceptional results.”

Read the article online at: https://www.lngindustry.com/liquefaction/31052016/ske-announces-significant-gas-discovery-offshore-malaysia-2524/ 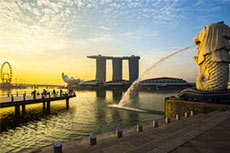 HIMA has announced the opening of a new regional headquarters in Singapore. 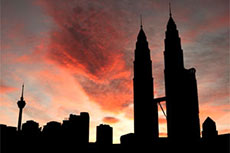 Dialog LNG and Pengerang LNG Two have entered into an agreement with Petronas for the development of LNG regasification facilities in Malaysia.