The US Department of Energy (DOE) has issued an order authorising Venture Global Plaquemines LNG LLC to export LNG via ship from its proposed terminal in Plaquemines Parish, Louisiana, US, to nations that hold a free trade agreement (FTA) with the US.

The proposed project consists of 20 liquefaction blocks, which will be developed in two phases. Each block will have a nameplate capacity of 1 million tpy, and will consist of two single mixed refrigerant (SMR) liquefaction units and ancillary support facilities. In addition to this, the project will feature four 200 000 m3 LNG storage tanks located above ground, with cryogenic pipelines connecting to the liquefaction plant and berthing docks. Furthermore, the facility will feature up to three marine loading berths, which will be able to accommodate LNG carriers of up to 185 000 m3 in capacity. When complete, the facility will have a total capacity of 20 million tpy of LNG.

Read the article online at: https://www.lngindustry.com/liquefaction/25072016/us-doe-grants-plaquemines-lng-authorisation-to-export-lng-to-fta-countries-2811/ 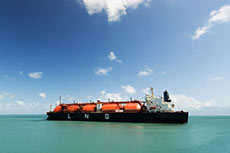 Venture Global Plaquemines LNG has filed an application with the US DOE to export LNG to countries with and without an FTA agreement with the US.

Venture Global LNG has entered into an agreement for an additional parcel of land, adjacent to its existing Calcasieu Pass project. 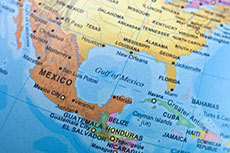 Venture Global LNG launches a global offer of 5 million tpa of tolling capacity from its facility in Cameron Parish.