The US Federal Energy Regulatory Commission (FERC) has issued an order dismissing and terminating Downeast LNG’s application for a bidirectional import/export LNG terminal and associated pipeline facilities in Maine, US.

Downeast LNG Inc. and Downeast Pipeline LLC filed applications in late 2006 for the siting, construction and operation of an LNG import terminal and associated pipeline take-away facilities in Washington County, Maine. In mid 2014, Downeast filed a letter asked FERC to initiate the pre-filing process for the conversion of its import project facilities into a bidirectional import/export LNG terminal and associated pipeline facilities. Downeast indicated that it would operate the export project on an integrated basis with the import project, claiming that it aimed to submit an application to amend its pending import project application by January 2015, so that FERC could review the proposed import and export projects together as one single project. In August 2014, FERC approved Downeast’s request to use the commission’s pre-filing process for the bidirectional import/export project.

FERC now claims that its pre-filing process in Downeast has not resulted in any significant recent progress towards the development of the bidirectional import/export project application or in stakeholder engagement. In early June 2016, Downeast asked FERC to hold the pre-filing process in abeyance until 30 September 2016, whilst it pursued talks with both existing and possible investors, in order to optimise the project. Due to this lack of progress, FERC has terminated the pre-filing review process for the bidirectional import/export project, and has dismissed the pending import project application.

In the order, FERC claimed: “At this point, Downeast’s project has been before the Commission in one form or another for more than ten years. There has been essentially no progress at all toward completion of an application in the past nine months and Downeast has presented nothing to persuade us that its situation is likely to change in the immediate future.”

Nonetheless, FERC also claims that the dismissal is without prejudice, and that Downeast will be able to submit a future application.

Read the article online at: https://www.lngindustry.com/liquefaction/18082016/ferc-terminates-downeast-lng-applications-2920/ 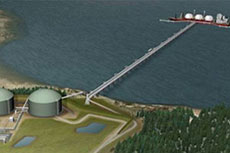 Downeast LNG has been put up for sale, following a review of the company’s strategy.

Downeast LNG has filed its Draft Resource Report with FERC. 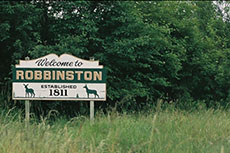 Downeast LNG’s request to commence the pre-filing environmental review process for its proposed LNG project has been approved.