Delfin LNG has released a statement claiming that the project’s draft environmental impact statement (DEIS) has been completed and published.

Delfin LNG is a wholly owned subsidiary of Fairwood Peninsula Energy Corp. It is currently developing a floating liquefaction and export facility to be located in the Gulf of Mexico. The project will consist of onshore gas compression facilities and a deepwater port using existing pipelines to transport gas to four floating liquefaction vessels.

The CEO of Fairwood, Frederick Jones, said: “We are excited to have reached such a major milestone in the development of the Delfin LNG project. I commend the hard work undertaken by the various government agencies, and I look forward to continuing on the path towards a fully-permitted LNG export project.”

Read the article online at: https://www.lngindustry.com/liquefaction/18072016/delfin-lng-completes-deis-2764/

Polish Oil and Gas Company has received the hundredth supply of LNG to its Swinoujscie terminal. 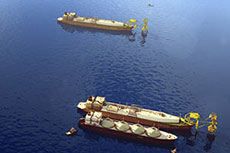 MARAD has announced that it is to begin processing Delfin LNG’s deepwater port application. 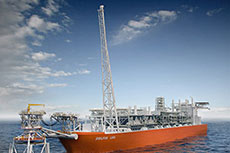 Delfin LNG as submitted an application to construct, own and operate the Delfin LNG Project under the Deepwater Port Act.

The MoU relates to the tolling of liquefaction capacity for the company’s first floating liquefaction vessel.

Delfin LNG has submitted an application to the DOE to export LNG to FTA countries.