GDF SUEZ has signed a Heads of Agreement providing for the sale of LNG to Chubu Electric of Japan.

Under the terms of the agreement, GDF SUEZ will deliver 20 cargoes (approximately 1.2 million tpa) of LNG to Chubu for a 27-month period starting in Q1 2015. LNG will be sourced from GDF SUEZ’s global supply portfolio.

Jean-Marie Dauger, Executive Vice-President of GDF SUEZ, in charge of the Global Gas and LNG business line, said: "This sales agreement shows once again [the company’s] commitment to develop[ing] its sales in Asia, a region with growing LNG needs. LNG is playing a critical role in Japan's energy mix. As a safe and reliable supplier, we are happy to reach such agreement with Chubu Electric, a significant and experienced player in the field of LNG in Japan".

Since January 2012, the GDF SUEZ Group has delivered more than 6.6 million t of LNG to Asian countries with respect to its medium and long-term agreements.

Read the article online at: https://www.lngindustry.com/liquefaction/07112014/gdf-suez-signs-lng-agreement-with-chubu-electric-1752/ 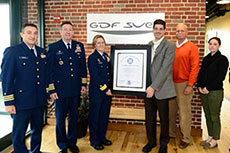 Distrigas of Massachusetts LLC, operator of the Everett LNG Terminal, has received top honours from the US Coast Guard. 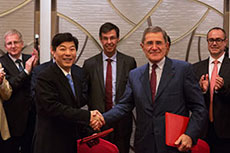 GDF Suez has signed a major cooperation agreement with Shenergy to promote cooperation in the energy sector in Shanghai. 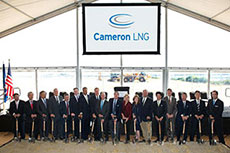 A groundbreaking ceremony has been held for Cameron LNG’s new liquefaction facilities.

Latham & Watkins advised the lenders responsible for the US$ 7.4 billion project financing of the Cameron LNG terminal.