Skip to main content
Advertisement
Advertisement
The small scale LNG concept is not new, but some countries serve as a reference for others. For example, Japan and Spain have been developing logistics chains based on trucks since the early 1970s. This means of transport started as a provisional solution, while pipeline networks were constructed, but after more than 45 years, LNG trucking is still working and has an even brighter future. 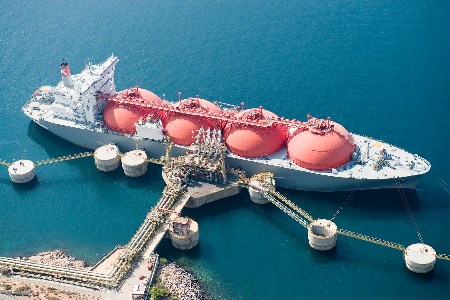 In Spain, up to 45 000 trucks per year have been loaded with natural gas. The country also exports LNG to France, Italy, Sweden and Macedonia by trucks and ISO containers. Ultimately, LNG trucking has demonstrated similar levels of security of supply, safety and cost as pipelines, so it is a viable alternative for the supply of natural gas.

So why are small scale logistical LNG solutions suddenly growing in popularity, despite the fact that they have been in existence for decades?

Firstly, finding an alternative to oil in the transportation sector is a necessity. In order to achieve a more sustainable system, a diversified energy supply is required, emissions should be reduced, and costs must be maintained or even reduced. The maritime sector has been significantly affected by stricter environmental regulations, taking into account climate change and air quality parameters. The International Maritime Organization (IMO) and the EU are defining the necessity to achieve a reduction in SOX, NOX and particulate matter. Important decisions are now being taken by ship owners in order to comply with such regulations, but economics are, of course, also important. Among the alternatives to oil, LNG has the most promising future, because it fulfils the environmental restrictions on emissions, and offers attractive economic benefits to end users.

In order to establish which fuel should be used for the future, it is necessary to compare the alternative fuels from different perspectives: GHG emissions; air quality emissions; supply availability; technology readiness; economic feasibility, etc.

Whilst LNG is by no means a newcomer, it is undergoing a small revolution. Cryogenic manufacturers are offering smaller equipment, reducing costs and improving technical specifications. This allows LNG logistics companies to widen their services and offer precise solutions.

The LNG industry can now be viewed as a competitor to the pipeline market. LNG offers flexibility along the entire logistic chain, from production to consumption, which is attractive to end users. In some cases, LNG supply is even reducing investment costs. The final price of LNG is also attractive to end users, who may even require LNG as a fuel for their engines.

Furthermore, statistics of the LNG transport sector show that the ratio of accidents is lower than that for vehicles carrying dangerous substances.1 Over certain distances, LNG transportation by road and rail is also more profitable than the traditional supply pipeline. Enagás also promotes the use of LNG as fuel in the rail and aeronautical sectors.

It is important to develop an adequate logistic chain downwards from the LNG terminals to ensure that LNG is supplied where required and in just the right quantity.

Within this context, it is important to mention that the unused LNG capacity currently existing in Europe could be incremented with the addition of new logistical and technical solutions to meet the demand regarding multimodal logistic solutions with ISO containers, tank wagons, rail corridors, small scale LNG distribution and local production of bioLNG to pipeline networks.

The small scale logistic chain must be developed whilst maintaining similar safety, security, efficiency and robustness rates as in the traditional large scale concept. The distribution of LNG must be planned at every level: regulatory; standardisation; adequate training programmes; information to society; investments, etc. Countries such as Spain and Japan have proved that this is possible.

Among the new LNG customers, the supply to the marine transportation sector is perhaps the most challenging and relevant. The requirements of the maritime sector, the involvement of different stakeholders, and the quantities to be supplied, all warrant special attention.

Enagás is performing different measures to foster the use of LNG as a marine fuel in Southwest Europe. The most important measure is the CORE LNGas hive project. This initiative is coordinated by Enagás and co-financed by the European Commission through the 2014 Connecting Europe Facility (CEF) Transport Call. It aims to develop the entire logistic chain (software and hardware) for the supply of LNG as a marine fuel and small scale services in the Iberian Peninsula.

It also aims to boost the production of adequate LNG bunkering standards and regulations; to propose the National Policy Frameworks according to Directive 2014/94/EU; to develop a robust, efficient and integrated logistic chain for the supply of LNG; and to enable the Iberian Peninsula to offer holistic solutions for the new requirements in the shipping sector.

The CORE LNGas hive project will also develop a manual outlining how to implement and utilise small scale solutions in the maritime sector.

The initiative involves 42 partners from Spain and Portugal, consisting of the following: eight state-owned institutions; 13 port authorities; and 21 industrial companies, such as ship owners, LNG operators and suppliers of different services in the value chain. The total budget is €33.3 million and its execution is planned to last until 2020.

The project is developing 14 studies, including the following:

Moreover, the project will test real parts of the LNG logistic chain through 11 pilot tests, including the following:

In addition to the pilot testing, the project will include a real well-to-wheel analysis, which will confirm LNG’s excellent position compared to other alternative fuels.

With presence in six LNG terminals in the Iberian Peninsula, Enagás possesses an LNG logistic know-how of more than 45 years, which is key to the development of the project and the consolidation of the region’s leadership in this field. On the other hand, due to its geostrategic position as a very relevant crosspoint in global shipping routes, the Iberian Peninsula must address the maritime necessities in terms of sustainability, efficiency and operation.

Read the article online at: https://www.lngindustry.com/special-reports/09112016/the-rise-of-small-scale-lng/

px Group has been appointed as operator by North Sea Midstream Partners for the LNG plant, which is located in Southern Norway.