Clean Energy has opened its public-access Jacksonville LNG fueling station, the first in the state, making Jacksonville a key stop in America's Natural Gas Highway and the LNG gateway to Southern Florida. Representatives from UPS and Raven Transport, which will be fueling at the Jacksonville station, attended the opening ceremony.

Mayor of Jacksonville, Alvin Brown, commented: "The opening of the Jacksonville station, the very first LNG station in the State of Florida, is a win for Jacksonville as it represents a greener fueling option and continued economic activity in the important and growing field of natural gas. My administration is committed to supporting innovators like Clean Energy that drive investment and job creation with a 21st Century vision in Jacksonville."

Dallas Area Rapid Transit (DART) plans to deploy 580 compressed natural gas (CNG) vehicles to support its transportation service for the greater-Dallas-area. Once fully deployed, these vehicles are forecasted to use approximately seven million gasoline gallon equivalents per year. Clean Energy designed and built the four CNG fueling stations for the DART network in 2012.

DART vice president of maintenance, Mike Hubbell, commented: "DART is one of the largest transit fleets in Texas, operating in 13 cities and covering 700 square miles. By transitioning our entire fleet to CNG and contracting with Clean Energy, we are able to offer our nearly 40 million annual bus customers a more sustainable and cost-efficient transit experience."

In 2006, Smithtown, New York, became the first community on the East Coast to require all residential refuse and recycling contractors to use natural gas powered trucks. As a result, four private collection contractors operating on behalf of Smithtown and the town's own municipal vehicle fleet began fueling with Clean Energy.

Smithtown’s environmental protection director, Russell Barnett, commented: "In 2006, Smithtown saw the potential of natural gas in a way many other communities were still discovering. Making the switch to natural gas has proven to be a smart investment from both an economic and environmental perspective. We look forward to continuing a very successful relationship with Clean Energy."

“We've begun the year with important expansions in our nationwide network including the opening of the first LNG station in Florida today. Florida has taken several steps to support the adoption of natural gas vehicles and we're expanding the necessary infrastructure accordingly to support this forward-looking state. Heavy-duty truck fleets have also begun filling up at our Pontoon Beach, Ill., and Fontana, Calif., stations as the heavy-duty trucking segment continues its transition to natural gas across the country. The New Year also saw longtime customers such as DART and the city of Smithtown sign new fueling contracts with Clean Energy, which is a welcome way to kick off 2014.”

Read the article online at: https://www.lngindustry.com/small-scale-lng/15012014/opening_of_florida_lng_station_44/ 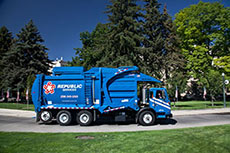 Republic Services announced the deployment of 79 CNG waste and recycling trucks in Indianapolis. 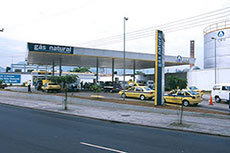 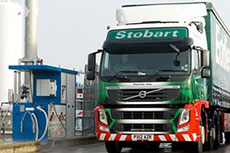 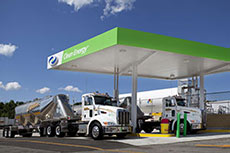