Tallink Grupp has announced that its new LNG-driven fast ferry has been christened at the Meyer Turku shipyard in Finland. The Megastar was christened by the former President of Finland, Tarja Halonen. When complete, the vessel will operate on the Tallinn-Helsinki route between Estonia and Finland.

The vessel will match the length and passenger capacity of the company’s largest vessel – the Baltic Queen – by being 212 m long and capable of carrying 2800 passengers. It will run on LNG, but will also be capable of operating on diesel. It will be a 49 000 GT vessel with a service speed of 27 knots.

The steel cutting for the vessel commenced on 4 August 2015, whilst the keel was laid on 9 February, and the float-out and sea trials are scheduled for July and late 2016, respectively. The CEO of AS Tallink Grupp, Janek Stalmeister, said that the vessel construction is now almost at the half way point.

The vessel is scheduled for delivery in early 2017, and will comply with current and future emission regulations in emission control areas (ECAs), including the Baltic Sea.

Read the article online at: https://www.lngindustry.com/small-scale-lng/04072016/tallink-christens-new-lng-driven-fast-ferry-2694/ 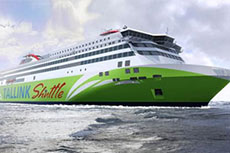 AS Tallink Grupp has released a statement claiming that it has successfully completed the sale of the fast ferry, Superstar, to Medinvest SpA. 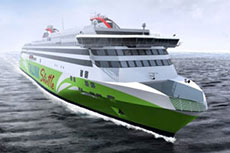 The EU has supported the infrastructure developments on the Helsinki-Tallinn maritime link.

Tallink and Meyer Turku have signed a contract for an LNG powered fast ferry. 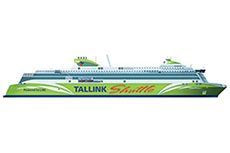 Tallink Grupp and Meyer Turku will design and construct an LNG-fuelled car-passenger ferry, for the Tallinn-Helsinki route.