Enagás has announced that it has agreed to increase its shareholding in the Sagunto and Quintero LNG regasification plants to 72.5% and 60.4%, respectively.

Acting via its Enagás Chile subsidiary, Enagás will acquire the entire shareholding of Aprovisionadora Global de Energía in GNL Quintero (20%) for US$200 million. Aprovisionadora Global de Energía is a spin-off of Metrogas and one in which Gas Natural Fenosa holds a majority. A deal was originally reached on 9 June for the acquisition of an additional 20% of GNL Quintero from Endesa Chile. Once both of these deals have been completed, Enagás Chile will own an overall shareholding in the facility of 60.4%.

Read the article online at: https://www.lngindustry.com/regasification/30062016/enagas-increases-its-shareholding-in-two-regasification-plants-2681/ 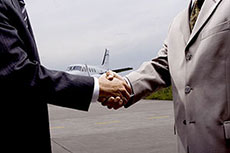 Enagas has announced that, acting through its subsidiary, Enagas Chile, it has acquired a further stake in a Chilean regasification facility. 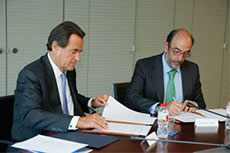 Enagas and the Port of Barcelona have signed an agreement to promote new logistics services for an LNG plant managed by Enagas in the port area.