Jamaica Public Service Co. (JPS) has announced that the Bogue Power Plant, which is located in Montego Bay, St. James, Jamaica, is now dual-fuel capable. The plant is able to operate on both natural gas and automotive diesel oil (ADO); the latter being what the facility has used since commissioning commenced in 2004.

The conversion work began in January 2016, and was completed on 26 April of the same year. Overall, the work cost US$22.7 million.

LNG deliveries, which will be provided by US-based New Fortress Energy, are expected to arrive at the facility in August 2016.

Joseph Williams, the Senior Vice President of Generation, said: “This is just the first phase of a deepening fuel diversification process, which is taking place at JPS. We are excited to be a leader of this revolutionary move, which will not only see a more diverse energy landscape, but also possibilities for the commercial and transportation sectors of our country.”

Read the article online at: https://www.lngindustry.com/regasification/27052016/jamaican-power-plant-converted-to-lng-dual-fuel-capability-2516/ 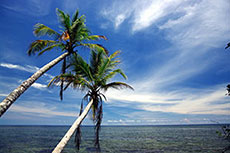 The Jamaican government has released a statement claiming that New Fortress Energy will build, own and operate a new US$200 million LNG terminal. 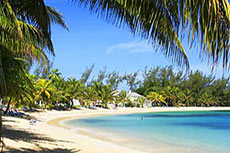 The Exmar consortium, which won the contract to build an LNG terminal in Jamaica, is having to defend itself against allegations of impropriety in the bidding process.

A consortium of investors led by EXMAR are planning to build an LNG importation terminal in Jamaica by 2012.