According to Reuters, Egypt will tender to import 10 cargoes of LNG. The tender will be held in late May or early June 2016, and will be for deliveries in July and August.

Reuters reports that this information came from an EGAS official, who added that the country would consider the possibility of importing an additional 10 cargoes once the initial tender is over. These cargoes would be agreed either through an international tender, or just through direct contracts. 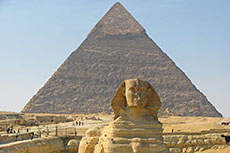 According to Reuters, Russia’s Rosneft will deliver the first of nine LNG cargoes to Egypt in May 2016.

Reuters reports that Egypt is looking to rent a third FSRU in order to meet the needs of industry and to increase electricity generation.

EGAS has awarded an LNG import contract to seven companies, in order to solve its increasing energy shortage.

The Egyptian Natural Gas Holding Company has selected BW to provide LNG regasification services for its project in Egypt.