The FSRU will feature a 263 000 m3 LNG storage tank, and will provide gas to both Uruguay and its neighbouring countries. It will also be capable of reloading LNG cargoes to shuttle tankers, and transporting gas through pipelines. These features will enable both Uruguay and its neighbouring countries access to LNG re-export services and LNG bunkering services.

The vessel is currently being built in South Korea by Daewoo Shipbuilding & Marine Engineering Co. Ltd (DSME). Once it has been completed, it will enter 20 years charter, commencing in 1H18.

MOL claims that the contract signing ceremony was held in Montevideo, Uruguay, and will take effect once government approval is granted, which is expected to occur in 2016.

Read the article online at: https://www.lngindustry.com/regasification/22072016/mol-subsidiary-concludes-long-term-charter-with-uruguayan-jv-for-fsru-2805/ 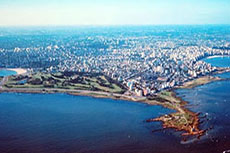 MOL and Gas Sayago have reached an agreement to continue the FSRU project in Uruguay. 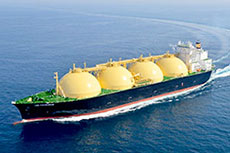