According to Reuters, Korea Gas Corp. (Kogas) has signed a memorandum of understanding (MoU) with the Brazilian state of Ceara to cooperate in the development of an LNG import terminal in Brazil. Specifically, Kogas will transform an existing floating storage regasification unit (FSRU) located at the port of Pecem to an onshore LNG import terminal.

Reuters claims that this follows an MoU that was signed in August 2016 with the Mexican state of Yucatan to construct a US$1 billion – US$1.5 billion LNG import terminal. With regards to the Brazilian terminal, Kogas is reportedly planning to establish a consortium with a number of private Korean companies to execute the project. The company is also planning to carry out a feasibility study before proceeding with the project.

In addition to the Brazilian and Mexican terminals, Reuters adds that Kogas is still actively looking to work with a number of countries that wish to import LNG, including South Africa and Bangladesh.

Read the article online at: https://www.lngindustry.com/regasification/13092016/kogas-signs-mou-with-brazilian-state-to-develop-lng-import-terminal-3040/

Korea Gas Corp. has signed a memorandum of understanding with the Government of Yucatan, Mexico, to construct an LNG import terminal and the associated gas pipelines.

Total and Korea Gas Corp. have signed an MoU, which will see both parties strengthen their cooperation, particularly in their efforts to develop the Asian LNG market. 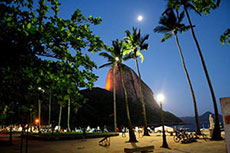 Brazil has turned to gas-fired generation to compensate for the lack of hydropower during the current drought.