ENGIE has announced that Ana Busto has been appointed Senior Vice President, Brand and Communications of the ENGIE Group. Busto is a Spanish citizen, a graduate from the Institute for Translators and Interpreters (ISTI) in Belgium, and holds a Masters in Corporate Communications from the Rotterdam School of Management, the Netherlands. She will report to the CEO of ENGIE, Isabelle Kocher, and will hold a seat on the company’s Executive Committee.

Busto began her career in 1994, working as a cultural officer for Belgium’s public service in Prague, the Czech Republic. Then, from 1998 to 2000, she worked as a consultant for the European Commission in Latvia. Following that, she worked as a Communications Manager for Clifford Chance – a global law firm – in the Netherlands. In 2000, she moved on to become an Internal Communications Manager at Steria – an IT consulting services firm – before joining Sodexo in 2008 as Vice President, Internal Communications. In 2012, Busto became the Sodexo Group Chief Brand and Communications Officer, before joining the Sodexo Executive Committee in 2014.

Read the article online at: https://www.lngindustry.com/regasification/11072016/engie-appoints-new-senior-vice-president-brand-and-communications-2726/ 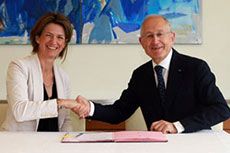 ENGIE has announced that is cooperating with La Poste Group to develop a number of eco-mobility projects that utilise natural gas and hydrogen.

ENGIE has entered into an LNG partnership agreement with Kansai Electric. 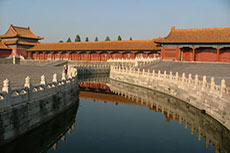 ENGIE has signed an agreement with Beijing Enterprise Group to supply LNG to Beijing City.

ENGIE has signed a Memorandum of Understanding with China investment Corp. (CIC), reinforcing the cooperation between the two companies