According to Reuters, Russia’s Rosneft will deliver the first of nine LNG cargoes to Egypt in May 2016. Although a Memorandum of Understanding (MoU) for 24 LNG cargoes (as well as other petroleum products) was signed between Rosneft and EGAS in 2015, a deal was ultimately only signed for nine of them.

Reuters reports that Egypt has become a net importer, due to the decline in oil and gas production, as well as an increase in consumption. Rosneft, meanwhile, is aiming to jointly launch production with ExxonMobil after 2018, but does not currently produce its own LNG.

Read the article online at: https://www.lngindustry.com/regasification/06052016/egypt-to-receive-lng-cargo-from-rosneft-in-may-2399/

EGAS has awarded an LNG import contract to seven companies, in order to solve its increasing energy shortage.

The companies plan to supply LNG to the Arab Republic of Egypt. 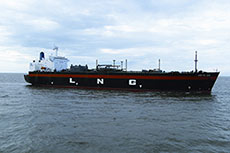 Rosneft and the state-owned Egyptian Natural Gas Holding Company have signed a term sheet for the future supply of LNG.

Egypt is set to look to other nations for the supply of LNG but remains hopeful that LNG supply from the Gulf state will not cease due to political tensions.