Alongside its Chilean Partner, CRI Investments SpA, Eon is developing a floating storage and regasification unit (FSRU), which will help provide fuel to Chile’s south-central region. Although south-central Chile has a significant natural gas pipeline and distribution network, it has reportedly been idled ever since Argentinean gas supply failed in 2004.

Almost 2 million tpy of untapped LNG demand is thought to exist around this infrastructure. Spain’s Gas Natural Fenosa has already announced its commitment to investing upwards of US$1.1 billion over the coming years in order to help develop south-central Chilean markets, as well other markets within the nation. Once gas is reintroduced, Eos’ FSRU project would ramp up to a 5 million tpy market over a period of 8 years, according to Chile’s Energy Ministry. Eos and its partners are reportedly holding talks with various potential offtakers, and have already reached agreements for 30% of the terminal’s overall capacity.

Colin Williams, the President and Managing Partner of Eos, said: “The EIS admission and the Chilean Naval approval are significant milestones in the development of the GNL Talcahuano’s project. With our Chilean partners at CRI, we have taken an important step towards providing a secure, efficient and environmentally friendly energy solution to meet the needs of both regional consumers, but also for the larger national energy requirement. The reintroduction of reliable energy will drive investment and industrial growth in central Chile.”

Read the article online at: https://www.lngindustry.com/regasification/03062016/eis-submitted-for-chilean-fsru-2542/ 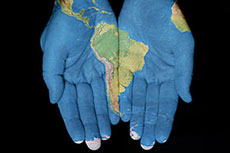