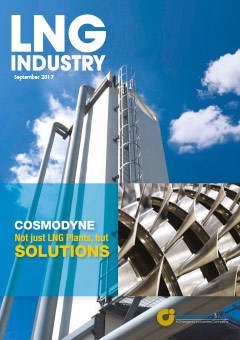 The world has been shocked by the news coming out of Texas over the past few weeks in the wake of Hurricane Harvey. Looking at the numbers, the enormity of the devastation is truly harrowing.

At the time of writing, 20 trillion gallons of rain has fallen on the Houston area since the storm arrived. To put this in some sort of perspective, this total rainfall represents enough water to supply New York City for over five decades.

The current total amount of rain recorded at Cedar Bayou on the outskirts of Houston stands at 51.88 inches. This figure was reached in just under five days, a new record for the heaviest rainfall for a US storm.

Texas Governor Greg Abbot has announced that his state will require federal relief money in excess of the US$125 billion figure previously stated. This would surpass Hurricane Katrina as the most expensive storm in US history.

13 million people are estimated to have been directly affected as the storm moves from Texas into Louisiana, between 30 000 and 40 000 homes have been destroyed by floodwaters in the Houston area, and most tragically, at least 31 people have lost their lives.

In the build-up to hurricane Harvey, oil and gas companies in the Gulf of Mexico took necessary precautions to keep workers safe. Exxon Mobil Corp. announced that it was cutting output at its Hoover production platform in the Gulf of Mexico ahead of the storm. The company was also working on plans to evacuate staff in stages from offshore facilities in the path of the storm. Royal Dutch Shell Plc shut production at its Perdido platform and evacuated the facility.

Anadarko Petroleum Corp. announced that it was removing non-essential staff from some production platforms in the Gulf of Mexico in response to weather conditions.

On 28 August, Cheniere Energy reported minor cosmetic impacts from the storm at its Corpus Christi plant and no interruption to production at its Sabine Pass plant in Louisiana. The company said it has activated its emergency office location in Dallas to support its gas supply, trading division and other essential functions to ensure continuing production of LNG. In response to the disastrous impact of Harvey, corporate giants are making substantial contributions to disaster relief organisations. Companies have pledged US$72 million to relief efforts thus far. 42 companies have donated US$1 million or more, including Cheniere Energy.

Chevron Corp. also announced that it is making a US$1 million contribution to the American Red Cross for the immediate relief efforts underway. The donation will help relief efforts throughout the affected regions, including both Corpus Christi and the greater Houston metropolitan area. In addition, the company has said that it will match donations made to the relief efforts by employees and retirees, many of whom have seen the tragedy unfold first-hand.

In a discussion on what Hurricane Harvey means for LNG in the Gulf of Mexico, Breanne Dougherty, SocGen natural gas analyst, asserts that whilst investors and operators could potentially cast an eye over risks now that this has happened, the rarity of such an event means that we will not see a significant shift in outlook.1

In this month’s issue of LNG Industry, we are showcasing features on valves, acid gas removal, lifting equipment, LNG shipping and storage. Deloitte and Rystad Energy have also contributed to our regional report on Asia.

This month’s issue will also receive special distribution at two shows, the Natural Gas for High Horsepower Summit and the North American Gas Forum. If you pick up a copy be sure to visit www.lngindustry.com to subscribe and receive more technological updates for the international LNG industry.