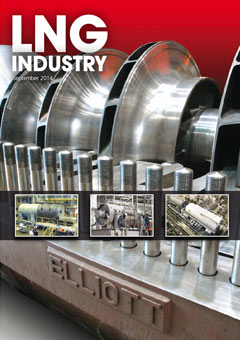 This month, the Scottish public will take to polling stations to vote on whether or not Scotland should become an independent country. In recent weeks, the ‘Yes Scotland’ campaign, led by Scottish First Minister Alex Salmond, has gone head to head with the ‘Better Together’ campaign in an attempt to sway Scots before the 18 September vote.

The prospect of Scotland leaving the UK immediately conjures up a number of important questions. What would happen to the famous Union Flag? Would the EU have a new member? Would Scotland keep the pound?

Another key issue that would need to be addressed should Scotland vote ‘Yes’ to independence concerns North Sea oil and gas revenues.

Using the ‘median line’ principle, approximately 90% of the UK’s oil and gas reserves would belong to an independent Scotland. And this, the ‘Yes’ campaign argues, is one of the key reasons why Scotland would prosper as an independent country. Scottish ministers have hailed Aberdeen as ‘Europe’s oil and gas capital’, arguing that independence would allow Scotland to emulate the success that Norway has had with its energy reserves.

However, there is still uncertainty regarding how exactly North Sea oil and gas revenues would be allocated in the event of Scottish independence. A ‘Yes’ vote would likely result in a major tussle between Scotland and the rest of the UK over ownership of oil and gas from the North Sea.

Away from the British Isles, the significance of maritime border disputes can be seen the world over. One such conflict is highlighted in a Special Report from risk mitigation company AKE Ltd, prepared exclusively for LNGIndustry.com. AKE’s Asia Pacific Specialist, George Martin, studies the long-term battle for maritime supremacy in the East and South China Seas between China, Japan and other countries in the region. The disputes centre on two key issues that are significant for the natural gas industry. Firstly, the potential hydrocarbon reserves under the seas – although the complex nature of the boundary disputes makes potential exploration in the region incredibly difficult. The second and more important reason for the seas’ significance, according to Martin, “stems from their use as key shipping lanes for the regional powers’ energy imports”. As China and Japan battle to ensure their energy security, Martin suggests that control of the seas could be used by one country to prevent or delay energy shipments to another: “a new maritime ‘great game’ is on the cards […] with natural gas supplies at the same time a potential prize, strategic tool and victim”.

Returning to the UK, similar ‘games’ are already underway, with both sides bickering over how much oil and gas is left in Scottish waters. The ‘Better Together’ campaign points to shrinking reserves – and a recent fall in revenues – as evidence that an independent Scotland would be overly dependent on this volatile and declining resource. In contrast, the pro-independence campaign is resolute that its oil must be seen as a blessing, not a curse.

It is now down to the Scottish public to show their hand. However, regardless of the outcome of the referendum, it looks certain that the politcal games between Scotland and the rest of the UK are set to continue for some time yet.

Without nailing our political colours to the mast on this particular debate, it’s certainly true that some things in life are simply ‘better together’. That’s why LNG Industry is proud to be associated with Energy Global – home of the latest news and analysis covering the entire oil and gas industry. If you are interested in reading more about the potential implications of Scottish independence for the UK energy industry, keep your eyes on www.energyglobal.com over the coming weeks. And while you are there, you can also sign up for a free trial of our sister publications covering the global upstream (Oilfield Technology), downstream (Hydrocarbon Engineering) and pipeline industries (World Pipelines).