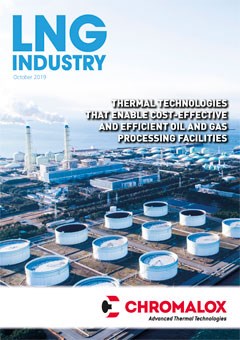 With the Rugby World Cup now underway, the sport’s superpowers are running, tackling and kicking to be crowned as world champions.

Like LNG, rugby is undoubtedly growing in popularity. Not long ago, for instance, Japan was hardly in the conversation as a serious contender. Although not likely to win the World Cup anytime soon, the nation has risen quickly through the ranks, and is now hosting the tournament itself. Just as significantly, it has just defeated Northern Hemisphere heavyweight, Ireland, in a scintillating group game. Just four years ago, Japan caused another upset by defeating South Africa in the ‘Brighton miracle’ – often cited as the greatest upset in World Cup history.

Despite the sport’s growing stature, there have only ever been four winners since the first World Cup was held in 1987: New Zealand, Australia, South Africa and England. New Zealand in particular, despite the fact some of its core players are being touted as ‘past their prime’, is almost certain to present a serious challenge to any opposition. With over 100 years of being at the top of the game, it can be difficult to ever see this changing.

After all, a recent BBC article presenting the results of a ‘readers’ choice’ starting XV included seven New Zealanders and, as I write this comment, New Zealand has just beaten Canada 63 – 0.1 Past their prime indeed.

Similarly, the world’s LNG superpowers are also battling it out for top spot.

This month’s issue of LNG Industry includes a regional report on the Middle East by Aditya Saraswat and Carlos Torres-Diaz of Rystad Energy, who claim the region will overtake Russian gas production levels this year, and will become the second largest gas producer in the world after North America.

Unlike many of its Middle Eastern neighbours, however, Qatar still has the ability to increase gas production and become the world’s largest LNG exporter once again. As Saraswat and Torres-Diaz write: “Qatar benefits from the third-largest discovered gas reserves globally, production levels of approximately 168 billion m3, and a population of about 2.6 million people. Consequently, even with gas demand forecast to increase, the country has sufficient gas resources and development projects in sight to meet demand and become the largest LNG exporter.”

Regardless of whether it is Qatar or Australia that ends up being crowned the world’s largest LNG exporter, it will certainly be interesting to watch the competition unfold. As my own team Wales has already proven in the World Cup, it is not impossible to slay a Wallaby.

We hope you enjoy this latest issue of LNG Industry magazine. Please feel free to pick up a copy at the North American Gas Forum, ADIPEC, the European Annual Gas Conference and the European LNG Infrastructure Development Summit.