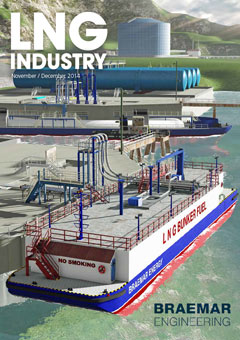 Over the past month or so, Britain’s biggest supermarket, Tesco, has been hitting the headlines here in the UK for all the wrong reasons. The Serious Fraud Office has opened a criminal investigation into accounting irregularities at the retailer after it was revealed that it had overstated its profits by £263 million.

The announcement was the latest in a long line of embarrassments for the supermarket, which has lost 50% of its market value within the past year alone.

Analysts have written endless blogs and reports assessing where exactly it all went wrong for Tesco. But at the heart of the problem is the simple fact that the company failed to keep up with its competition. As Tesco focused its efforts on international expansion (does ‘Fresh & Easy’ ring a bell to any of our readers in the US?), it was accused of taking its eye off the ball back home. The rise of discount retailers since the recession – and changes to the shopping habits of increasingly cost-conscious Brits – has left Tesco playing catch-up.

Back in the LNG industry, the Canadian province of British Columbia (B.C.) is also desperately trying to keep pace with its rivals. In its latest move, B.C. confirmed last month that it is slashing its proposed tax on LNG export projects.

As announced in February, the tax rate will start at 1.5% of profits. However, it will now rise to just 3.5% after capital costs have been recovered, rather than the original figure of ‘up to’ 7%.

The substantial reduction has been attributed to market changes, such as declining LNG selling prices and increased construction costs.

Ultimately, the decision to cut the LNG income tax boils down to increasing pressure from major industry players such as Shell and Petronas, the latter of which threatened to delay construction of its Pacific NorthWest LNG project unless the proposed taxes were lowered.

Just as consumers now demand the best price for their grocery goods, Asia’s biggest LNG buyers are shopping around to ensure that they get a competitive price for their gas. In turn, developers are insisting on better terms when investing in LNG projects. B.C.’s Premier, Christy Clark, will hope that these significant tax cuts are enough to encourage developers to make final investment decisions on their proposed projects in the province, propelling Canada into a competitive position within the LNG marketplace.

Here at LNG Industry, we recognise that our readers (and advertisers) are also looking for increased value. That is why, in addition to launching our brand new app for Apple and Android devices last month (more details on p. 65), we are also pleased to announce that we will be publishing an extra issue of the magazine in 2015. If you are interested in providing a technical article or case study to one of our 10 issues next year (free of charge, of course), please drop me a line: callum.oreilly@lngindustry.com