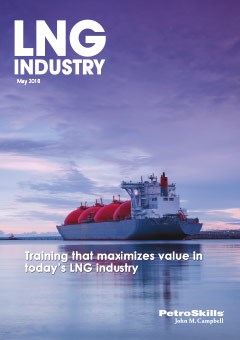 I am attending my first stag do (or bachelor party) later this year, another a month after, and my own is pencilled in for next spring. For I have reached that age when my friends are settling down and popping the question.

Around 30 of us are descending on Cardiff for the first get together in June – a healthy turnout. There is a lot of excitement surrounding these first excursions, something I have been reliably informed fades after the twentieth or so.

There is also an awful lot of excitement and intrigue surrounding Prince Harry’s upcoming stag do. The organisers, location, and entertainment are arguably generating more speculation than the wedding itself. Prince William will likely be the steering force in helping to plan the night, and the location has reportedly been narrowed down to either a swanky boutique hotel in Mexico, or the Swiss ski resort of Verbier. In terms of entertainment, Harry is supposedly determined to keep the party out of the papers, so no repeat of his raucous weekend in Vegas then.

With my stag do around the corner, I am faced with the choice of keeping it in the UK, or going further afield like Harry. Gone are the days of hitting the local pub with your nearest and dearest. The stag do has officially gone wild. Panama City has even been mooted as a possible destination. The city is known for its all-night party atmosphere, and is also an up-and-coming spot for ecotourism, offering a wide variety of activities in outdoor locations.

Naturally, as Editor of LNG Industry, another major draw is the city’s proximity to the Panama Canal – a location that has recently consolidated its strategic position in the world of LNG transportation.

The Panama Canal recently welcomed the inaugural transit of the LNG Sakura as it carried the first-ever LNG shipment from the Dominion Cove Point terminal in the US to Japan.

The transit marked the beginning of a new LNG commercial route between the US and Asia from the recently inaugurated Dominion Cove Point terminal in Maryland, the second US LNG export terminal to come online after Sabine Pass began operations in 2016.

The Panama Canal has emerged as a vital link in the global LNG supply chain ever since the inauguration of its expanded canal in 2016, when LNG vessels first began transiting the waterway.

Today, the capacity the Canal offers to LNG shippers exceeds the existing demand. The Panama Canal currently provides seven booking slots to LNG shippers per week – that average 5.5 transits during the same period – and has proven its ability to handle more transits when needed during uncharacteristically high periods of use. For example, on 17 April, three LNG vessels transited in one day, representing a first for the Panama Canal.

The outlook is good for continued growth. In FY 2018, the Canal’s LNG traffic is expected to grow by 50% compared to FY 2017, increasing from 163 to approximately 244 transits, potentially opening up further commercial routes and connecting emerging markets. Some of those possible new markets are discussed in a report by Ince and Co on p.18 of this month’s issue. Ton van den Bosch examines strategies that could be employed to manage country risk in these developing LNG markets. Elsewhere in the issue we feature comment from LNG Limited, TMEIC, HIMA, and others, on topics covering everything from liquefaction terminals to tugs. I hope you enjoy the issue and if you have any questions regarding anything discussed this month then do not hesitate to get in touch.