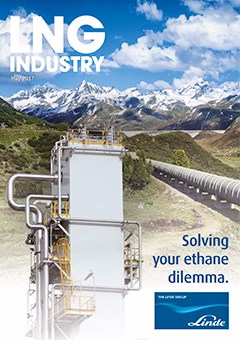 At this time of year every year, my television privileges are tightened. For you see it is Masterchef season. No more long nights, eyes fixed to the screen, watching my favourite trash TV. The Kardashians will have to wait, because John Torode and Gregg Wallace have pitched their tent and won’t be moving for the next month.

The premise of the show is simple. A competitive cooking show pitting amateurs against each other in a variety of culinary challenges for eight weeks until someone is crowned king or queen.

The show has been running since 1990 (in a variety of forms) and is still proving very popular, particularly in my house. Masterchef offers real drama and a prize worth more than cash alone. Being crowned the champion more often than not leads to a career in cooking, with some former winners going on to establish successful businesses off the back of their success.

I didn’t think anything could top the pressure of ‘The Invention Test’ for example, but I have been reliably informed that the US and Australian versions of the same show are higher intensity, nastier and as a result, a lot more fun to watch!

For example, Masterchef Australia involves an initial round consisting of a large number of hopeful contestants from across Australia individually auditioning by presenting a dish before the three judges in order to gain one of 50 semi-final places. This isn’t the only difference. The Australian offspring is generally bigger, more over the top, and with a greater sense of theatre.

The US version follows a similar pattern. Moving away from its more conservative roots, the American adaptation includes more contestant back stories and other ploys to ramp up the intensity. The US Masterchef also adds Gordon Ramsay into the mix to spice things up further.

Looking at the LNG scene in the UK and abroad at the moment, parallels can be drawn with the way the UK Masterchef is dwarfed in terms of drama by its cousins from the States and Down Under.

Whilst the UK happily chugs along adding LNG-import capacity slowly, Australia and the US are seemingly in the news daily with crisis talks or new government directives.

Australian LNG has made the news lately as the nation announced that it would introduce control restrictions on exports to tackle a domestic gas shortage that is driving up prices and threatening local industry. The dramatic move marks the government’s latest intervention in the domestic energy market. Under the new restrictions, the government will be able to restrict exports when it believes there is not a secure supply of gas available to domestic users. All that’s needed is an intense musical backdrop and a celebrity chef thrown in.

The US scene is similarly exciting, with the Director of the White House’s National Economic Council, Gary Cohn, taking on the role of Gordon Ramsay. In a recent announcement, Cohn said that the administration would step up approvals for LNG export terminals, starting with a project in the Northwest. “We could be and should be the largest exporter of LNG in the world,” Cohn said at the Institute of International Finance forum in Washington. “We’re going to permit more and more of these LNG plants.”1

With the Australian and US governments intervening in their respective domestic LNG markets, it makes for a great watch. Whilst the UK continue to act under the radar, the Australians and Americans are drawing in higher ratings with tougher challenges and more drama. If you are still watching the UK market, it might be time to change the channel.

In this month’s issue, we feature a regional report on the US from The Economist Intelligence Unit, looking further into the journey the US is taking to become an LNG exporter. We hope you enjoy this copy of LNG Industry, and don’t forget to visit www.lngindustry.com for all the latest news from the UK, US, Australia and more.