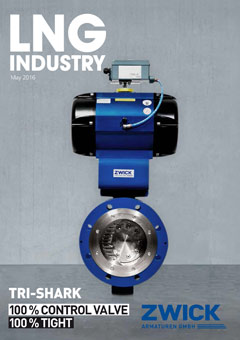 Many of the papers presented at the recent LNG 18 Conference focused on strategies to deal with the challenging business environment currently facing the global LNG industry. Rallying calls from LNG majors called upon the industry to learn lessons from the past and adapt to the challenges of the future. The key messages throughout the conference were to increase collaboration with customers and embrace innovation to help drive down capital costs.

In challenging times, it can be difficult to see the light at the end of the tunnel. But perhaps the LNG industry can take inspiration from an unlikely fairytale…

For those of you unfamiliar with English football (soccer), a small team from the East Midlands recently completed one of the most unlikely triumphs in the history of the sport. At the beginning of May, Leicester City unfathomably defied odds of 5000 – 1 to win the English Premier League.

The list of reasons why this achievement is so remarkable is endless. The fact that Leicester City have the third lowest wage bill in the league, being just one. But to tell the story properly, you have to return to the previous season.

At the start of April 2015, Leicester City was sitting rock bottom of the Premier League, having won just four of its previous 29 matches, and facing almost certain relegation to the second tier of English football. However, in the club’s hour of darkness, it pulled together to win seven of its remaining nine matches to ensure that it retained its status in the Premier League.

Speaking at the welcoming reception of LNG 18, Woodside Petroleum’s Chief Executive Officer (CEO), Peter Coleman, said: “It is at the low point in the cycle that we really think hard and work our hardest. It is when we demonstrate our reliability and our efficiencies and our commitment to making the changes that we need to.”

At its lowest point in the season, and in the face of a seemingly insurmountable challenge, Leicester City’s players worked harder than ever, demonstrating extraordinary commitment, to pull the club to safety.

During the opening plenary session of LNG 18, Mr Coleman emphasised the need for the industry to adapt, saying: “I really think we need to learn from our past as we look into the future.”

Leicester City did exactly that. At the end of last season, the club made a number of significant changes, including replacing its manager (not that I am advocating personnel changes within our industry)! Aware of its previous failings, the club developed a plan to ensure that a stronger foundation was in place for the future.

Woodside’s CEO also urged the industry to remain grounded, adding: “In today’s low oil price environment, a sensible approach is to phase a development, then take staged decisions and build out. Too often we’ve tried to do too much all at once, driven by an insatiable desire to grow.”

Despite early success at the start of this season, Leicester’s players and manager continued to keep their feet firmly on the ground. The club reiterated its initial target: to avoid relegation from the Premier League. Once this was achieved, it continued to set manageable goals throughout the season. It wasn’t until only four matches remained that the club finally admitted that it was now aiming to win the league.

What’s more, Leicester City achieved its success using a completely different – some may say, innovative – approach to playing the game. In a reverse of the tactics employed by previous league winners, Leicester’s passing accuracy was the second lowest in the league. The team was also in the bottom three for retaining possession of the ball.

It is easy to forget that all of this success originated from the club’s challenging predicament at the end of last season. Through hard work, commitment, a willingness to learn and adapt, and a desire to embrace innovative ideas (as well as a little bit of luck), Leicester City has proven that anything is possible, even in the face of adversity. Theirs is a tale that could serve as a valuable business lesson for the LNG industry as it faces its own battle to remain competitive with other energy sources.