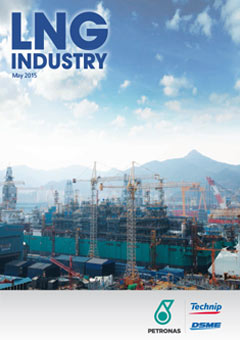 After years of speculation, Shell has finally decided that market conditions are ripe to launch a bid to acquire BG Group in what would be the second biggest oil and gas deal in history (behind the ExxonMobil merger in 1998).

The Economist described the potential tie-up, valued at £47 billion, as a “vote for gas”1, and it certainly seems to serve as evidence that Shell is placing LNG at the forefront of its plans for the future. Aside from the other big prize of the proposed acquisition – deepwater assets in Brazil – BG’s portfolio of LNG projects will significantly strengthen Shell’s leading position in the LNG market. Tom Ellacott, Vice President of Corporate Analysis for Wood Mackenzie, believes that the takeover will offer Shell “unrivalled flexibility and exposure to virtually every major LNG supply source and market globally, which means significant scope for portfolio optimisation.”2 Ellacott holds that a Shell-BG combined entity would control sales of approximately 44 million tpy of LNG by 2018, making it the largest LNG seller in the world.

In addition to BG’s enormous Queensland Curtis LNG (QCLNG) project in Australia, which loaded its first cargo at the end of 2014, Shell will also gain access to reserves in East Africa (Tanzania) and the US Gulf Coast (Lake Charles LNG and offtake agreements with Cheniere Energy’s Sabine Pass liquefaction plant). BG’s proposed Prince Rupert LNG project in British Columbia also offers Shell the option to expand its presence in Canada.

For The Economist, the mega merger serves as evidence that the energy business is changing: “Shell managers highlight the increasing attractiveness of midstream […] and downstream […] activities, which offer less risk and fatter margins than finding and developing new oil and gas.”1 Simply put, the deal is a cheaper and easier way for Shell to increase its reserves by approximately 25%.

Despite a turbulent start to the year, the long-term outlook for natural gas is very positive. The market is growing as more countries turn to LNG as an environmentally friendly solution to meet their surging energy demands. And that is exactly why Shell will view its £47 billion bet on BG as a calculated investment, rather than an optimistic gamble.

The Shell-BG merger will undoubtedly grab much of the limelight at the upcoming World Gas Conference in Paris. This month’s issue of LNG Industry includes a preview of a small selection of companies that will be exhibiting at the show (starting on p. 87). This issue also focuses heavily on the LNG industry in Europe, with a regional report from the Economist Intelligence Unit (p. 12) and a range of interesting articles looking at the continent’s evolving LNG industry from SC Klaipedos Nafta (p. 18), Enagás (p. 23), Gate Terminal (p.28) and Titan LNG (p. 33).