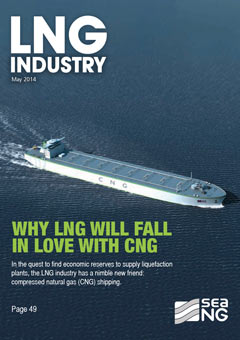 Singapore has been named as the host city of Gastech 2015, which will take place in association with Singapore International Energy Week from 27 – 30 October next year. BG Group will host the event for the second time in four years, following its previous partnership with Gastech London in 2012.

Within days of this announcement, BG Group confirmed that it is moving its global centre of LNG and oil marketing business to Singapore from its head office in the UK. The move is said to reflect the long-term importance of Asian energy markets. Steve Hill, President for Global LNG and Oil Marketing at BG, described Singapore as “the heart of the fastest growing LNG region”, which is driving an anticipated global LNG growth of around 5% per year to 2025.

The city-state’s first LNG terminal on Jurong Island was officially opened in February 2014, although it began operations back in May 2013. BG Group was appointed as the exclusive aggregator for the first 3 million tpy of LNG into the S$ 1.7 billion terminal, which is owned and operated by Singapore LNG Corp. Pte Ltd (SLNG). A third tank is now operational at the terminal, increasing its throughput capacity to 6 million tpy, and plans are underway for phase 3 of its expansion, which will see the addition of a fourth tank and more facilities to boost the terminal’s capacity up to 9 million tpy by 2017.

With reported plans to add yet more tanks and berths, as well as a second LNG facility mooted for the future, Singapore has lofty ambitions to become an LNG supply hub for the region. Its strategic location between producers such as Indonesia, Malaysia and Australia, as well as countries with an increasing demand for LNG, puts it in an excellent position to achieve this goal.

Singapore is also renowned for its pro-business environment and its government has launched a number of initiatives to encourage foreign companies to set up base in the city-state. It is likely that we will see many more companies following BG Group’s lead before Gastech opens its doors in October 2015.

Continuing the theme of trade, this issue also includes an interesting article from Berkeley Research Group, which looks at the impact of the shale gas revolution in North America. You can also read an excellent exclusive on global LNG trade from The Oxford Princeton Programme in the Special Reports section of our website. In it, Malcolm Johnson (Faculty Instructor) explains why the LNG industry is facing yet another crossroads.