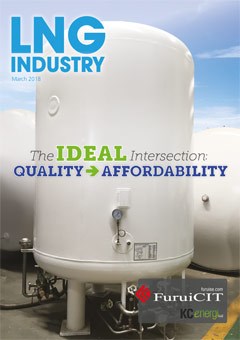 The UK does not often experience heavy snowfall, and that’s probably a good thing, because when we do, everything grinds to a halt.

When the first snowflakes settle, we collectively enter a state of frenzy, as offices close, flights are cancelled, and we rush en masse to the shops to panic-buy supplies.

The UK has recently been gripped by a combination of the so-called ‘Beast from the East’ weather front and Storm Emma, and the state of panic has felt almost justified. Thick snow has blanketed the UK with some rural areas experiencing temperatures as low as -12ºC. Weather warnings for snow and ice were in place for parts of northern England and Northern Ireland, with the Met Office issuing a red warning – meaning there is a likely risk to life and widespread damage – for large swathes of Scotland.

Analysts are estimating that the cost to the economy was at least £1 billion a day – which could halve economic growth in the first three months of the year. The extreme weather was likely to have had the biggest impact on the construction industry, which experts said could have lost up to £2 billion over the three worst days, as workers were forced to down tools.

Most of Europe has been caught by the wave of extreme cold which increased British spot natural gas prices to record highs of 275 pence per therm on 1 March, up 130% from the last close in February, and up 400% since the end of December.

‘The Beast from the East’ blew down from Siberia, and it is Russia’s far north that is set to provide some relief to the UK’s stretched energy supplies with a cargo of LNG. The LNG is expected to be delivered to the UK by Royal Dutch Shell, with the company collecting the cargo from a Russian LNG icebreaker and offloading to an LNG terminal at Milford Haven.1

The LNG arriving from Russia’s Yamal energy project in Siberia will not escape controversy, partly because the delivery highlights the fragile state of British energy security. After authorising the closure of the UK’s largest gas storage facility in the North Sea, critics have accused the government of increasing market vulnerability. The site, known as Rough, was capable of holding 10% of daily peak demand until it was closed last year by Centrica, owner of British Gas.

The government has argued that plentiful piped gas from Norway and continental Europe – coupled with LNG shipped from further afield – are adequate to keep supplies flowing in any conditions, however beastly. Critics note however that this import dependency exposes consumers to price spikes when supplies are tight because the UK is forced to compete with the rest of the world for LNG.

Until recently, the UK government has not seemed phased by the closure of Rough, despite industry calls back in November to review the situation. Is this now changing? With limited storage, the UK is dependent on sufficient gas being in storage and on being able to procure more gas from energy exporters.

The EU has introduced new policies in relation to energy security, including the so-called ‘solidarity principle’ that requires member states to assist each other in an emergency situation. What happens if the UK leaves the EU’s energy market is another question.

Elsewhere we have a range of interesting features on everything from cryogenic insulation to shipping and trade. I hope you enjoy this issue and if you have any questions please do not hesitate to get in touch.