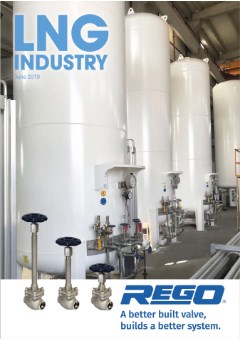 As my beloved Liverpool F.C. enters its second consecutive Champions League final in two years, the good feeling could easily have been marred by the club’s crushing second-place finish in the Premier League, losing out to first-place Manchester City by a single point.

But I’m not bitter, and I’ll tell you why: because world domination is coming.

Unlike Liverpool title-challenges in recent years, this does not feel like a flash in the pan. This season’s incredible performance was not the result of one player being in unstoppable form, or the result of all other major teams having an ‘off year’. Instead, it was built on a combination of clever sales and acquisitions, fantastic skill, fitness and attitude, and superb management; not only tactically, but in terms of morale too. Each member of the team has outwardly spoken of the tight-knit feeling in the dressing room, and of the desire to give everything for the cause. With Europe’s biggest trophy just one game away for the second time in two years, how could I be bitter?

Is this not what everyone with a stake in any club or business wants? To see the management and team working together towards success?

And so it is for the LNG industry. The foundations are undoubtedly there, with 2019 set to be the biggest year for final investment decisions (FIDs) to date. Whilst ‘uncertainty’ will always be a buzzword, there can be no denying that with new projects coming online, and LNG becoming an increasingly attractive option for a number of uses due to its cleaner nature, success will come.

However, one area where long-term success is less straightforward is Latin America and the Caribbean. As Myles Mantle, Andreas Silcher and Chrysa Kitsou of Haynes and Boone CDG, LLP discuss in their article starting on page 10, it is a “complex scenario, and each country has different needs and objectives.” For instance, Brazil has plans to grow its domestic gas production, and if it can build the necessary infrastructure, then the need for LNG imports may be limited. That said, there are currently three floating storage and regasification units (FSRUs) operating off the coast of the country, partly due to the fact that offtake capacity from offshore operations to the mainland is a major bottleneck, with some produced associated gas still being flared or re-injected into the wells.

In Trinidad & Tobago and Peru, however, the situation is completely different, as both countries have abundant resources, but limited domestic markets. As a result, they export a large portion of their production.

Clearly, ‘Latin America and the Caribbean’ is a region too broad to make general statements about the state of the market. Fortunately, Mantle, Silcher and Kitsou provide a more detailed analysis of the region in their article.

In addition to the regional report, this issue of LNG Industry magazine will focus on some of the key technologies and trends that will be key to ensuring the LNG sector’s continued success in all corners of the globe, including: gas pretreatment; valves; safety innovations; and LNG storage tanks.

By the time the next issue of LNG Industry is released, Liverpool will either be champions of Europe, or second best once again. Whatever the outcome, positivity should be rife. Just as with the LNG market, there will be ups and downs, but success is inevitable.

In the meantime, I hope you enjoy this latest issue. Please feel free to grab a copy at the Global Petroleum Show, Downstream 2019 and ILTA.