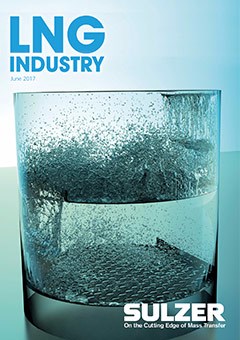 By the time you read this copy of LNG Industry, the winner of this year’s UEFA Champions League will have been crowned. The Principality Stadium in Cardiff plays host to the battle between Spain’s Real Madrid and the Italians Juventus.

Juventus have won the final twice in their illustrious history, but it has been 21 years since they last lifted the trophy. In the meantime, they have lost four finals. Fifth time lucky perhaps?

Whilst both teams possess squads laden with internationals and global superstars, it is Real Madrid who carry the burden of expectation. The dominant force of late, the Spaniards are looking to become the first team to retain the title in its modern format. Whilst the team from Turin are by no means inexperienced in this kind of scenario, they play the part of the underdogs against eleven time winners Madrid. In the battle for supremacy in the LNG world, a similar tussle is underway. Qatar has dominated LNG exportation since 2006. In 2015, Qatar exported 77.8 million tons of LNG, maintaining its position at the top of the pile of rival major exporters. Although Qatar has held onto top spot, the country’s industry has been troubled by price declines and a tide of new LNG sources.

In the LNG world, Qatar is Real Madrid. The reigning champions with the best figures year after year.

Juventus could be played by any number of new pretenders to the throne. Qatar is currently facing heightened competition from a number of relatively new faces. This has increased confidence in buyers as they look for lower prices and more control via shorter contracts and the rights to divert or resell unwanted cargoes.

Japanese natural gas buyers in particular are pressing hard in long-term supply talks. In response, Qatar Petroleum has warned that Japanese companies could lose out on Qatar’s upcoming LNG projects if they push too hard. Qatar Petroleum’s status in Japan is already under threat, with its market share falling 17% last year while Australia’s increased by 20%.1

Aside from Australia, Qatar is facing an unlikely source of competition for Japanese market share – the Juventus of this analogy – Nigeria.

Facing up against the history and the power of Qatar is the world’s fourth largest LNG producer. Nigeria is set to come head-to-head with Qatar in a bid to court Japan’s gas and power companies as many of its own supply deals with Europe come to an end in 2021 – 2023. Up to 8 million tons of annual LNG output from Nigeria is coming off contract at that time and Japanese buyers are being targeted. Nigeria has LNG projects that are fully depreciated, allowing them to offer more flexible terms such as diversion rights and shorter contracts. In the fight for Japanese business, Nigeria are seizing on an opportunity. As Juventus take on the might of Real Madrid they will need to demonstrate similar opportunism. Despite the considerable power that Nigeria possess however, it remains difficult to look beyond the might of Qatar. My heart says Juventus; my head says Madrid.

Taking a deeper look into the African LNG market, Nick Prowse and Nishant Singh from Norton Rose Fullbright provide this month’s regional report (p. 10). The article aims to outline the exciting times ahead for an LNG market that promises much. Elsewhere we have a range of interesting features covering LNG as a transportation fuel, gas pretreatment, ship classification and more. I hope you enjoy this issue!