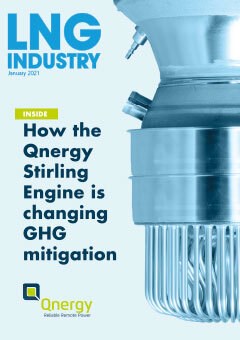 As the final day of December drew to a close, bottles of fizz were popped, fireworks scattered the sky, and celebrations were underway, in some form, across the globe. The New Year was upon us and with that marked the start of resolutions – promises to be better, do better, and achieve more. Not some 21st century ritual creation, making resolutions at the start of a new year has been tradition for over 4000 years, with the Babylonians reportedly the first ancient civilisation to make these. Interestingly, their New Year celebration was held in March, rather than our 1 January kick-off date, and resolutions focused on a fruitful harvest or good fortune, in comparison to modern day resolutions that have less of an extreme nature – get more active, put down the cigarettes, learn a new skill, etc.

Whilst the change of day from 31 December to 1 January in the UK was not a dramatic transformation (the woes of national lockdown), New Year resolutions were still made as people have high hopes for a brighter 2021. I can assure you that these resolutions were made because of the hordes of runners seen pounding the paths, many adorned with new activewear (Christmas gifts no doubt), who I definitely have not seen since probably the previous January and their 2020 resolutions. Refusing to be one of those who have decided not to think of a resolution this year, mine is simple – get reading some books. Not the heavy classics or weighted tomes, just an easy read, whenever a spare 10 minutes arises. Thus, I am underway with a book called ‘The Circle’ which has been in my possession for several years but the spine not yet broken, until the conception of my New Year’s resolution. In summary, the novel follows a character as she is employed to work at the world’s most powerful internet company at a vast Californian campus. It is gripping, and rather creepy, because it emphasises our dependence on the internet and the alarming intrusions of technology (mainly surveillance and lack of privacy) in our lives – the fact there are eyes and ears everywhere. Technology these days can achieve things greater than comprehension, and often can be used for the benefit of many. In the UK, for instance, the NHS created an App which is essentially connecting 24/7 with all the other phones nearby which also have the App, in order to ‘track and trace’ the spread of COVID-19. The success of this App I am unsure of, but it shows how emerging technologies can so quickly become game-changers in modern society.

The emergence of new technologies can also go hand in hand with the emergence of new players in the LNG industry, since technology in infrastructure, facilities, etc. is a fundamental part to entering and standing strong in the industry. The year is already looking promising for the LNG industry as a resurgence in global LNG prices is underway, with Wood Mackenzie reporting that Asian LNG prices are trading above US$20/million Btu, but shall come down in the second quarter. The concern for the emerging markets in the industry is with regards to this price volatility, in fact, the IEEFA has detailed how Bangladesh and Pakistan have had to cancel tenders for spot deliveries of LNG because the tail-end of 2020 had such high prices. Moreover, 42.6 GW of proposed LNG power projects in these two countries, as well as Vietnam, are at risk from the current price volatility. With emerging markets so sensitive to price, a stable environment is hoped for as 2021 continues, especially since there are so many projects and plans in the works in these markets, as detailed by Clyde & Co in this issue’s regional report (p.8).

Taking into account all the lessons learned in 2020 from the pandemic, companies and operators are now more prepared and capable to face 2021 in good stead, and LNG Industry will be here to report on progress, every step of the way.