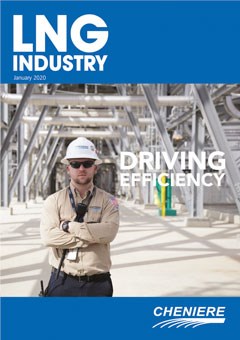 As we return to work groggy-eyed, plump and with little to no idea of what day it is, January – for many of us – is a time when we seek to improve ourselves through New Year's Resolutions.

Gone are the drinks, chocolates and heavy winter meals, and in come the smoothies, exercise regimes and rigid determination to carve out a healthier lifestyle.

Of course, the majority of us will fail in a blaze of glory. Personally, I failed to stick to my promise of not ordering a takeaway on the first Friday of the month in a blaze of garlic mayonnaise, so I am in no way making any personal judgements.

It is not only improved fitness that is a common New Year's Resolution, however. This year, there is emphasis on being more environmentally aware, and not just for January. People across the globe are seeking to reduce waste and carbon emissions in a plethora of different ways, ranging from going vegan, to not buying single-use coffee cups, to cycling to work, and even by attempting to cut down on the number of flights taken each year.

And this trend is not only being seen amongst individuals, but also amongst world governments. This, of course, is good news for the LNG industry. As Bernadette Cullinane and Nye Hill of Deloitte discuss in their article starting on page 12, a number of Asian countries, for instance, are looking to LNG to meet increased gas demand caused by growing economies and growing populations. This requirement for LNG is bolstered by the fact that many domestic natural gas wells in these regions are starting to deplete.

For instance, discussing the Philippines, Cullinane and Hill write: "Similar to Vietnam, there are domestic supply concerns. According to Department of Energy (DOE) estimates, the offshore Malampaya gas field has less than five years of available resources. Malampaya is the main source of natural gas for Luzon, the most populated island in the Philippines with more than 20 million people."

Clearly, LNG is the answer here. Of course, this is not the case for every emerging market, and Indonesia is abandoning its plans to import LNG altogether after a spate of gas discoveries. Nevertheless, the trend globally is towards LNG and green technologies.

With IMO 2020 officially in effect, and a number of significant project developments expected this year, the decade is certainly off to a good start as far as the LNG industry is concerned. Here's to another decade of success for the industry!

We hope you enjoy this latest issue of LNG Industry magazine. Feel free to pick up a copy at the European Gas Conference and the American LNG Forum.