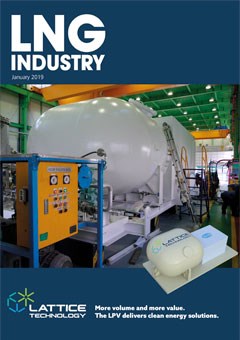 Much of the last quarter of 2018 was spent looking forward to 2019, and the vast riches it promises to bring. A number of final investment decisions (FIDs) are expected to be taken over the course of the year and several tonnes of capacity to be added.

But now January has arrived, and the reality of the task sets in. Indeed, there are still a number of challenges to overcome before the LNG industry can take another significant step towards growth.

Whilst everyone has their own personal New Years Resolutions, the resolutions of European powers are more a continuation of years of work, rather than any snap decisions. Europe, perhaps unsurprisingly, is still looking to decrease its dependency on Russian gas, and LNG could of course hold the key to doing so.

Indeed, in 2018, Egypt officially imported its last LNG cargo. With the discovery of the Zohr field in the Mediterranean, which has an estimated 30 trillion ft3 of original gas, Egypt is sure to offer European nations an alternative to Russian gas.

In addition to this, in July last year, US President Donald Trump and the President of the European Commission, Jean-Claude Junker, agreed to lift regulatory barriers and invest in infrastructure in order to increase LNG trade from the US to Europe.

Clearly then, more LNG is set to become available to European markets over the coming years, especially as more receiving facilities are developed.

However, as Andreas Silcher and Chrysa Kitsou of Haynes and Boone CDG, LLP, discuss in their article on page 10, dependency on Russian gas is appearing to grow. Whilst US supplies and Mediterranean resources are becoming increasingly available, there are still a number of political, financial and infrastructure-related hurdles to overcome before diversification and security of supply can be realised in Europe.

For instance, the current emphasis is still on investing in transnational pipelines. Indeed, this year, Nord Stream 2 will be completed, connecting Russia and Germany with a nameplate capacity of 55 billion m3/yr of gas.

Silcher and Kitsou claim that, in the long-term, such pipelines will make gas more marketable, as well as immediately available and less expensive.

It is clear, therefore, that although more capacity is due to come online this year across the globe, the industry still has a number of challenges to overcome before it can think of dominating the European market.

For now though, we at LNG Industry hope to see you at all of the year’s biggest events. This particular issue will be distributed at the European Gas Conference in Vienna, Austria, as well as at the 2nd Small-Scale LNG Summit in Milan, Italy.

We hope you enjoy our first issue of the year.