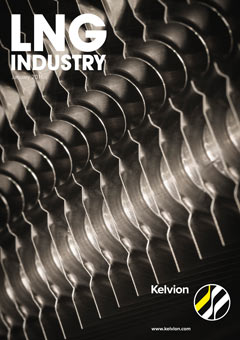 The new year may be upon us, but it is fair to say that it has not brought particularly good tidings for the global energy industry so far. By the end of the first week of 2016, oil prices had slumped to 11-year lows, with Brent crude dropping below US$33/bbl on the back of China’s weakening currency and geopolitical uncertainties.

The turbulent start to 2016 did not provide the perfect backdrop for two major new projects in the LNG industry. At the time of writing, the Methane Spirit LNG carrier had set sail after picking up the first cargo from Australia Pacific LNG’s terminal on Curtis Island, near Gladstone, Australia. Meanwhile, over in the US, Cheniere Energy’s Sabine Pass terminal was preparing to welcome the Energy Atlantic, which will become the first tanker to ship LNG from the US.

While falling oil prices will dampen some of the excitement over both projects, they are undoubtedly important milestones for the global energy industry. The first shipment from Sabine Pass is particularly momentous, marking the arrival of the US as a natural gas exporter, something that was unthinkable just a few short years ago.

The volatility of the LNG industry is something that Cheniere knows better than most. No sooner had it opened its LNG import terminal in 2008 than the facility was rendered virtually redundant as a result of the US shale gas revolution. The low oil price environment has meant that the company is once again entering a market that is tougher than it originally envisioned when it made the decision to convert its facility into a liquefaction terminal in 2010. The economics of shipping US LNG aren’t what they were, and falling LNG prices (and demand) in Asia has meant that a substantial amount of Cheniere’s future LNG supply is likely to end up in Europe.

In this issue of LNG Industry, Timera Energy explains the important role that European hubs will play in supporting the global LNG market in the years ahead (starting on p. 12). The authors argue that Europe’s role as a market of last resort for surplus LNG means that European hub prices will be a key driver of spot LNG prices worldwide. The article also examines five key factors that are likely to determine the duration and nature of oversupply in the industry.

The flexibility and vision that Cheniere Energy has shown on its journey to become the US’s first LNG exporter serves as a timely reminder to the rest of the industry that opportunities abound, even in the most challenging of business environments. Now is not the time to stand still. Let us hope that the coming year will spark a wave of innovations that will help to lower project costs and open up new markets to absorb supply.