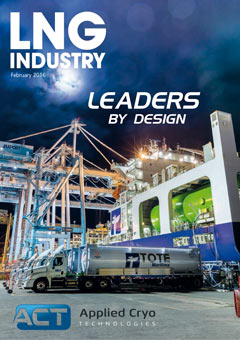 By the time this issue of LNG Industry lands on your desk, it is expected that Shell will have formally completed its acquisition of BG Group, after shareholders in both companies overwhelmingly approved the deal in late January. Although the dwindling price of oil cast some doubt over the tie-up – one major investor, Standard Life, labelled the proposal “value destructive” – Shell’s shareholders have put their faith in the long-term vision of the company. Ben van Beurden, the CEO of Shell, is hopeful that BG’s deep water and LNG assets will “act as a catalyst for accelerating the re-shaping of [Shell’s] business.”

Wood Mackenzie believes that the strategic drivers for the acquisition of BG remain compelling despite the fact that the oil price has nearly halved since the deal was originally announced in April 2015.1 Experts at the research and consultancy group said that the deal will help elevate Shell into the ‘ultramajor’ league alongside ExxonMobil, while the combination of the two companies’ LNG portfolios will bring scale and optionality: “This will bring advantages as the LNG market becomes more open and global, including a greater capacity to offer portfolio supply.”

However, Wood Mackenzie also notes that the current volatility in the oil and gas industry has made Shell’s post-BG strategy more complicated than it would have originally envisioned. Shell has already outlined a number of cost cutting measures, including a reduction of 10 000 staff over the next two years. Wood Mackenzie believes that there are a number of key factors that will be essential to ensuring Shell’s value growth in this turbulent market, including maximising cost synergies (particularly in LNG optimisation and exploration), executing portfolio restructuring (likely towards downstream and midstream sales), and defending its LNG leadership with new sources of supply and demand.

Whether more merger and acquisition opportunities are likely to arise is one of the top 10 questions that King & Spalding believes to be facing the LNG industry in 2016.2 In a recent article, two experts at the law firm note that while offers to take over entire LNG companies have generally been rebuked in recent times, companies “may be more interested in strategic divestments of certain LNG assets […] in order to raise capital and reduce debt.” They also explain that attempts to improve cost efficiencies has led to a trend towards collaboration on both the LNG buyer’s and LNG shipper’s side.

I would encourage our readers to take a closer look at King & Spalding’s article, which examines nine other key questions that the LNG industry may face (details of where to find this article are provided below). In a market as unpredictable as ours, it is useful to assess some of the potential scenarios and challenges that may play out in the year ahead, and which are likely to have long-term implications for the future of the LNG industry.