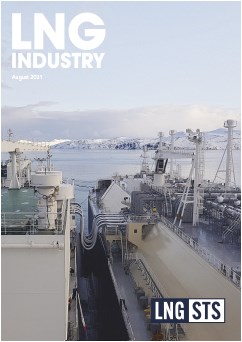 The chemical element that is carbon is interesting for many reasons. Whilst it loves to bond with other elements and create undesirable compounds such as carbon dioxide (CO2) and methane (CH4), it also is the backbone to so many things in life, and has fundamental roles to play in the human body.

Carbon in the LNG industry is, however, not preferable. Carbon dioxide and methane emissions are associated with the upstream production, liquefaction, and transportation of LNG. Offsetting carbon is being increasingly used by companies – this is the action to compensate for the emissions of carbon into the atmosphere as a result of industry or other human activity. To offset cargo deliveries of LNG, carbon credits can be purchased and used, which ultimately support reforestation.

A fortnight ago, bpGM, Sempra LNG, and IEnova, announced that they had entered into a contract for the delivery and receipt of the first carbon offset LNG cargo for the companies. The cargo was delivered to the Energía Costa Azul (ECA) terminal in Mexico, having been sourced from bp’s global LNG portfolio.

To offset the emissions from this cargo delivery – covering emissions from all aspects of the process, from the wellhead to the discharge terminal – a corresponding amount of credits have been retired that were sourced from a Mexican afforestation project from bp’s collection of offsets.

In order to estimate the emissions released, bp’s greenhouse gas quantification methodology for LNG was used. Concerns surrounding the measurement of emissions have been highlighted in the past, since there is no formal, consistent methodology or definition in existence. If LNG cargoes are to be increasingly carbon-neutral going forwards, it is highly important for the carbon emissions to have a uniform standard of measurement, or one cargo’s carbon offsets may be different to another’s, dependent on the operator and the methodology used to measure.

Wood Mackenzie delved deeper into carbon-neutral LNG cargoes and offsetting emissions in a recent article. Looking at the statistics, an average cargo lifecycle produces approximately 270 000 t of CO2 equivalent, which equates to nearly 240 000 trees to offset this quantity of emissions. This is a hefty number of trees, and thus whether it is achievable throughout the entire LNG industry is questionable. With LNG utilised as a transitional fuel and demand growing, so is the number of LNG cargoes, and therefore the carbon offsets required will increase hand-in-hand.

The highly-observant among our readers will have noticed a new logo on our contents page, for World Land Trust – an international conservation charity. Since LNG Industry is a printed publication, we are conscious of our carbon footprint as much as LNG facilities are conscious of their need to deliver carbon-neutral LNG. We are using carbon balanced paper as part of World Land Trust’s Carbon Balanced Programme. This programme balances carbon emissions by protecting threatened forests and restoring forest habitats, with both actions ultimately preventing the release of greenhouse gases and also sequestering atmospheric carbon as trees grow and mature.

To date, the World Land Trust has helped secure 2 222 247 acres of threatened habitats across 20 countries, and LNG Industry is proud to be a member of this movement.