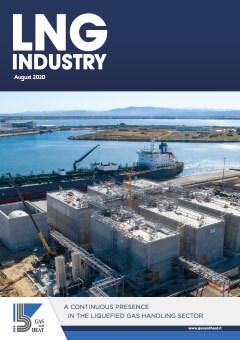 Known for its glacier-rimmed fjords; an ecosystem brimming with salmon, orca whales, brown bears and caribou; a nickname of The Last Frontier; and being the most northern, eastern, and western state in the US… we draw our attention to Alaska, and in particular the promising LNG venture taking place there.

The Alaska LNG Project, an LNG export project located in the town of Nikiski, involves a multitude of components; there will be an LNG plant, storage and shipping terminal, a pipeline to the facility, and a gas treatment plant. Rumoured to be one of the largest gas development projects in the world, the cost involved could be considered astronomical. However, last month, the Alaska Gasline Development Corp. (AGDC) announced the project’s updated costs, calculating a US$5.5 billion, or 12.4%, reduction in cost from the original 2015 estimate.

The cost reduction – the project is now estimated to cost US$38.7 billion – is indicative of the advances made in LNG technology and process developments that have taken place over recent years, reinforcing the more prominent role the LNG industry should be taking in the global energy industry moving forwards. Moreover, the project can be viewed as more competitive, able to deliver LNG at favourable prices. This is important when considering the export of LNG, with the project having permission to export approximately 929 billion ft³/y for a period of 30 years – beginning either on the date of first export from the liquefaction facility or from 12 years since the date the requested authorisation was granted (which was in 2014), whichever takes place first.

Further progress was made last week when the US Department of the Interior announced its decisions concerning the project, ultimately approving the issuance of rights-of-way permits across federal lands managed by the Bureau of Land Management and National Park Service (NPS). Alaska actually holds 60% of all the land covered by the NPS, and of the 807-mile pipeline to be constructed for the project, 230 miles of this passes through federal lands, so the issuance of permits is a vital stage.

With the AGDC acquiring federal authorisation to construct and operate the project in May, new cost estimates presented in June, and the issuance of permits approved in July, there can be no denying the steady progress of the LNG project, although it is slightly surprising. Firstly, for successful steps to be taken during a global pandemic, when most events and general activities have been paused or cancelled, is impressive in itself, but secondly is the fact that LNG supply has been on the decline. Looking at the month of June, the largest contributor to the decline was the US, and reported by McKinsey & Company, US LNG supply fell 33% in that month. This is likely a small blip in the scheme of things, and future investment in US LNG export capacity is unlikely to suffer long-term. Wood Mackenzie explains how US LNG supplies are more flexible than other countries, and the ability for buyers to make shipment decisions on a month-by-month basis is attractive, thus the future of the industry is not irreparably damaged.

Alaska is epitomised by its natural beauty and bounties of wildlife, thus the issuance of rights-of-way permits that establish the environmental protections for wetlands, wildlife, etc., to control access for an LNG pipeline, is highly important. A portion of the pipeline will cross a section of the famous Denali National Park, whilst other portions are found in the existing Trans-Alaska Pipeline corridor. To construct and operate a pipeline for the transport of natural gas as exports to foreign markets and to deliver in-state gas supplies, whilst simultaneously preserving the lands, will require a fine balance of decision-making.