GasLog Ltd – a global owner, operator and manager of LNG carriers – has announced that it has launched a US$1.05 billion debt financing with multiple international banks in order to refinance six legacy facilities. The refinancing will cover the following eight vessels that were delivered in 2010 – 2015: GasLog Savannah; GasLog Singapore; GasLog Chelsea; GasLog Skagen; GasLog Seattle; Solaris; GasLog Saratoga; and GasLog Salem. Key highlights of the refinancing include the following:

At present, the legacy facility is still in the documentation stage, although it is expected to close in early 2H16.

The CFO, Simon Crowe, said: “I am delighted to announce this re-financing, which simplifies GasLog's bank facilities and aligns the terms and covenants across our four facilities. The Legacy Facility Re-financing further extends GasLog's maturities, strengthens the balance sheet and creates additional liquidity for the company as we look to pursue a number of interesting growth opportunities in the LNG carrier and FSRU sectors."

Read the article online at: https://www.lngindustry.com/lng-shipping/21062016/gaslog-announces-us105-billion-financing-facility-for-six-legacy-vessel-facilities-2635/

GasLog Ltd has announced that it has completed the issuance of NOK750 million of new senior unsecured bonds in the Norwegian bond market.

GasLog Ltd – a global owner, operator and manager of LNG carriers – has announced that it is considering the issuance of new five-year senior unsecured bonds in the Norwegian bond market. 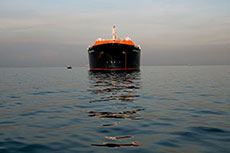 GasLog has reached an agreement to charter three newbuild LNG carriers to Methane Services Ltd, a subsidiary of BG Group.