Gasum subsidiary Skangas has announced that its Pori terminal in Finland has received its first shipload of LNG. The load was delivered via the time chartered Coral Energy carrier from North West Europe.

The facility is scheduled for completion in August 2016 and is the country’s first LNG import terminal. It is currently undergoing commissioning, with commercial deliveries to customers expected to commence in September 2016.

Overall, the project has had €81 million invested in it. Energy support at €23 million was also granted for the project by the Finnish Ministry for Employment and the Economy.

The Gasum CEO and Chair of the Skangas Board of Directors, Johanna Lamminen, said: “As part of our progress toward a carbon-neutral society, we’re now able to improve access to energy-efficient and clean LNG as an energy alternative. LNG can help achieve significant emission cuts while also facilitating the preservation of the competitiveness of the Finnish export industry. With the Coral Energy LNG carrier now having arrived safely in Finland, we’ll be able to begin LNG deliveries to our customers immediately on the agreed schedule. I’m very pleased with the progress made with our strategy, and we’re strengthening our position as the leading LNG player in the Nordic countries.”

Skangas provided a total of 376 700 t of LNG in Finland, Sweden and Norway in 2015. The company has an LNG plant and terminal in Risavika, Norway, as well as LNG terminals located in Øra, Norway and Lysekil, Sweden. The Pori facility will officially open in August 2016. The company also claims that the Tornio MangaLNG (Finland) joint project is on schedule to be completed in 2018.

Read the article online at: https://www.lngindustry.com/lng-shipping/11072016/skangas-pori-lng-terminal-receives-first-shipload-of-lng-2723/ 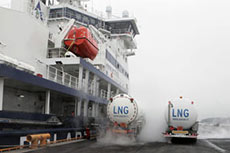 Skangas has announced that it has successfully delivered the first LNG for the LNG-powered, dual-fuel, icebreaker vessel, Polaris. 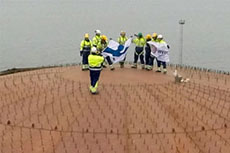 Skangass has celebrated a topping out ceremony at the Pori LNG terminal in Finland. 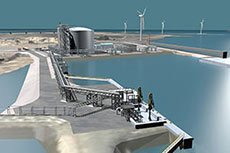 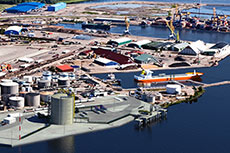