The government of British Columbia (B.C.), Canada, has released a statement claiming that Premier Christy Clark will travel to South Korea, the Philippines and Japan on a trade mission. Clark will promote investment and export opportunities in key sectors, such as technology and innovation, international education and LNG. Clark will travel to Seoul, Manila and Tokyo on 23 – 31 May 2016.

Clark said: “This trade mission will focus on strengthening trade and investment with priority markets in South Korea and Japan and developing new trade ties in the Philippines.

“B.C. ships more goods to these markets than any other province. This trade mission will help build on that success by attracting new trade and investment partners in sectors such as LNG, technology and international education.”

Japan is B.C. third largest trading partner, and has already made a number of investments in B.C.’s LNG industry. It is also a fellow member of the Trans-Pacific Partnership agreement, so there is potential to develop both trade and investment opportunities. The Philippines, meanwhile, has one of the fastest growing economies in Southeast Asia.

Read the article online at: https://www.lngindustry.com/lng-shipping/06042016/bc-premier-to-visit-asia-to-promote-lng-trade-and-investment-2235/

Simultaneous truck rallies are set to be held in Terrace, Fort St. John and Fort Nelson in support of the LNG industry in British Columbia. 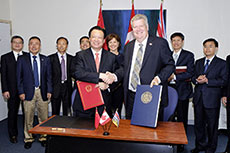 British Columbia has signed an MOU with China, to strengthen energy trade and investment. 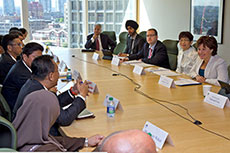 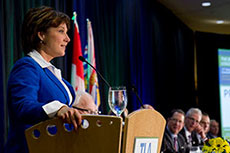