Enagas has announced that its CEO, Marcelino Oreja, and the President of the Port of Barcelona, Sixte Cambra, have signed an agreement to promote new logistics services for an LNG plant managed by Enagas in the port area. Under the agreement, both parties will seek to jointly convert the port into a Mediterranean LNG distribution hub.

Oreja, meanwhile, focused on the commercial benefits of the fuel, saying: “the use of natural gas can help to improve the competitiveness of transport activity, since it is a cheaper fuel than petroleum."

The agreement also covers other areas, including the European project Core LNGas Hive, which is led by Enagas and involves over 40 organisations and companies, with the Port of Barcelona acting as a partner and coordinator of five initiatives. These actions include the following:

Read the article online at: https://www.lngindustry.com/lng-shipping/03062016/enagas-and-port-of-barcelona-to-establish-lng-distribution-hub-2546/ 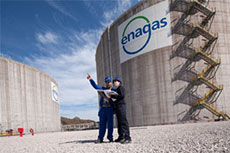 Enagás has announced a 0.5% increase in net profit in 1Q16 compared to the corresponding period of last year. 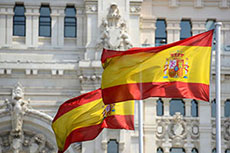