Nornickel’s management has taken the decision to develop a project to produce LNG on the site of the company’s former Nickel plant. 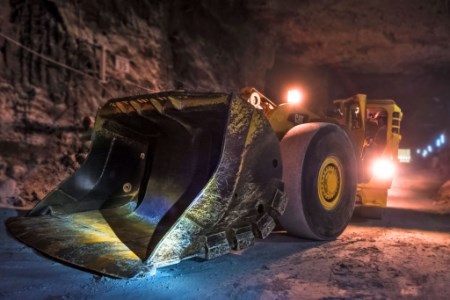 This initiative is part of a large scale comprehensive environmental programme implemented by Nornickel. By producing LNG the company will transfer heavy mining equipment to dual-fuel consumption, such as diesel and LNG.

Nornickel is currently developing the technical scope of the LNG plant. A pilot project to re-equip dump trucks for dual-fuel operation using LNG is also underway. Trials have been scheduled for 2H21. Four BelAZ mining dump trucks have been chosen and their engines will be upgraded to operate in diesel and LNG modes. The trucks will be tested at the open pit of the Zapolyarny Mine at the Medvezhy Ruchey enterprise (part of Nornickel).

The trials have been designed to identify whether it is possible to replace 40% of diesel fuel with LNG. Experts estimate that the application of this new technology will significantly reduce emissions of carbon monoxide and dioxide, nitrogen oxides, sulfur oxide and dioxide, as well as carbon. Consequently, levels of gas accumulation in the quarry will decrease.

Replacing diesel fuel with LNG minimises the cost of fuel for mining equipment, which will result in reduced transportation costs per tonne of overburden/ore.

Following the outcome of the trial, the decision will be made whether to re-equip the entire fleet of dump trucks used in the development of the quarry. This covers a fleet of approximately 30 vehicles. The decision to re-equip mining dump trucks used for other large scale projects, such as the extraction of limestone from the Verkhnaya-Tomulakhskaya area as part of the company’s sulfur programme (approximately 60 units), will also be revised.

The Norilsk division contains significant natural gas reserves and has a developed infrastructure for gas production and transportation. Therefore, transition of heavy equipment to a dual-fuel mode will allow Nornickel to significantly reduce the costs of delivery, storage and distribution of automobile fuel. According to preliminary calculations, the cost of LNG produced in Norilsk will be 2.5 times lower than the cost of the imported diesel. In addition, environmental risks will be significantly minimised.

The cost of re-equipping one dump truck under the pilot project amounts to around 11 million roubles. If the modernisation process covers large fleets of quarry trucks, costs of the works will be significantly lower. The construction of the LNG plant is expected to take place between January 2022 and March 2023.

Read the article online at: https://www.lngindustry.com/liquid-natural-gas/23022021/nornickel-to-develop-lng-plant/

The new time charter agreements are for three of Flex LNG’s LNG carriers.