Santos has announced a 1H15 net profit of US$37 million after tax, 82% lower than 1H14, reflecting the lower oil prices and higher exploration expenses. PNG LNG and Darwin LNG’s strong operational performance increased production growth by 13% compared to 2014; however, the lower oil prices resulted in sales revenue declining by 15%.

The 2015 exploration programme was weighted to 1H15 and resulted in an expense of US$194 million. The campaign of drilling in PNG and Malaysia produced the successful Bestari-1 oil discovery offshore Malaysia but did not result in other commercial finds.”

Santos Managing Director and CEO, David Knox, said: “Capital expenditure for 1H15 was 55% below 2014 levels and we cut the production costs per barrel by 11% to AUS$13.70 per bbl of oil equivalent. We have been and continue to take appropriate steps to reduce costs further. We are also working closely with our suppliers and contractors towards that end. I am pleased to say we are on track to deliver our 2015 target of $180 million in gross supply chain savings.”

The company retains a robust funding position with approximately $2.2 billion in cash and undrawn debt facilities available at the end of June.

Commonwealth LNG has launched a formal process to solicit bids to reserve offtake from its planned LNG facility in Cameron, Louisiana. 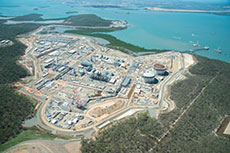 Santos has brought gas into its GLNG Train 1, Australia. 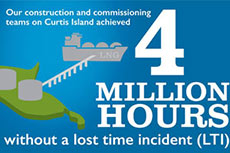