GWC Italia, a US manufacturer of ball valves and gate, globe and check valves in Bakersfield, California, US, has announced that it is strengthening its national reach in North America with two key representative alliances with Marshall Rodeno Associated and Valve Products. These representation agreements provide coverage across key regions of the US, in the South East and Northern and Southern Rockies, complementing existing mature representation elsewhere in the country. 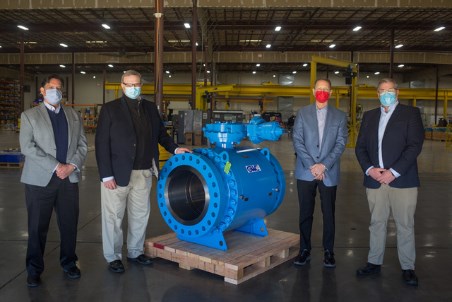 Marshall Rodeno and Valve Products will represent GWC’s range of trunnion and floating ball valves, including the full range of gate, globe and check valves. The valve ranges will be further complemented in the months to come, with additional product lines and services to those operating in midstream, upstream, and downstream markets.

GWC has been distributing valves in North America since 1985, and has attained a high level of customer acceptance and references. “These new representative alliances allow us to further grow our customer base in areas where we have been unable to support properly with after sales service in the past,” said Marc Thurmond, Vice President-Sales North America for GWC Italia. “GWC Italia has significant inventory to support business growth anticipated in the upper and lower Rockies and the Southeast region where we are now represented by Marshall Rodeno and Valve Products. With tens of millions of US inventory, we are extremely well positioned to support our new partners,” he added.

Since it began operating in 1985, GWC Italia has traditionally built its reputation in downstream and parts of the midstream markets. However, the company expanded its markets significantly into upstream and large scale pipeline business in 2015 with the introduction of its European manufacturing plant in Italy. This increased GWC Italia’s presence in North America across all spectrums of the market, including LNG.

GWC Italia is striving to achieve its vision to be the world’s most trusted valve partner in the markets it serves, retaining its ambitions of continuing to be easy to work with and delivering on its promises.

“Representative alliances with leading companies, such as Marshall Rodeno and Valve Products, provide GWC Italia with the perfect platform to grow further, complementing each other in our mutual goals and strategies going forward. These companies both enjoy a very strong reputation in their served markets, and we are proud to be associated with them,” added Thurmond.

Read the article online at: https://www.lngindustry.com/liquid-natural-gas/20042021/gwc-italia-targets-us-growth/

The company estimates that partial liquefaction operations to will be resumed in early October 2022.