Reuters reports that the contract was officially signed on 30 August 2016. It added that it will be binding to 1 October 2019, but that it could be extended to 1 January 2023.

Earlier in 2016, the company successfully took delivery of its LNG cargo on the spot market through its terminal in Swinoujscie, Poland. The 140 000 m3 shipment was provided by Statoil from the Port of Melkøya, Norway, and delivered via the Arctic Princess LNG carrier to the President Lech Kaczynski LNG terminal.

Read the article online at: https://www.lngindustry.com/liquid-natural-gas/01092016/pgnig-to-provide-gas-to-pge-2988/

According to Reuters, the CFO of PGNiG has said that the Polish gas firm may stop gas purchases from Gazprom in the future, due to diversification of supply. 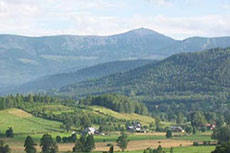 According to Reuters, Poland’s PGNiG has received several offers for spot deliveries of LNG cargoes, and is now analysing its options.

PGNiG has announced that Qatargas is to supply LNG to the Swinoujscie LNG terminal, Poland.