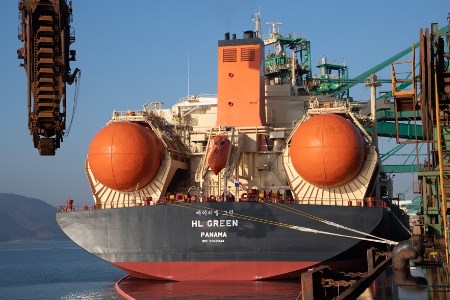 HL Green is 292 m long, 45 m wide, and has a deck height of 24.8 m, making it the world’s largest 180 000 t LNG-powered vessel. The use of LNG fuel can help reduce critical air pollutants sulfur oxides (SOx) and nitrogen oxides (NOx) by 99% and 85%, respectively, compared to conventional bunker fuel-powered vessels.

This case is the first in the world where a bulk carrier utilising LNG fuel successfully completed an overseas trip.

Read the article online at: https://www.lngindustry.com/liquid-natural-gas/01022021/poscos-lng-powered-bulk-carrier-completes-first-voyage/