In response to the Sierra Club’s challenges to the US Federal Energy Regulatory Commission’s (FERC) National Environmental Policy Act (NEPA) analysis of the Freeport and Sabine Pass LNG facilities, the DC Circuit court has issued two opinions. In both opinions, the court claims that the club’s complaints should be brought up during the Department of Energy’s (DoE) proceedings authorising the export of gas, not in FERC’s decision to permit the facility.

The Executive Director of the Center for Liquefied Natural Gas, Charlie Riedl, said: “Today’s rulings make clear that the existing NEPA process adequately and completely assesses the environmental impacts of LNG exports. The court found that attempts to draw the bounds of environmental analysis for purposes of citing and constructing an LNG facility outside the local impacts of a given facility are not valid.”

“The consequence of these rulings is that the US LNG industry will continue to grow – creating jobs, tax revenue and economic growth across the country. Additionally, studies have shown that US LNG exports help promote the use of natural gas by our allies and trading partners, which, in turn, helps to lower global greenhouse gas emissions.”

Regarding Freeport, the court claimed that: “[The] commission’s NEPA analysis did not have to address the indirect effects of the anticipated export of natural gas. That is because the Department of Energy, not the commission, has the sole authority to license the export of any natural gas going through the Freeport facilities. In the specific circumstances where, as here, an agency “has no ability to prevent a certain effect due to” that agency’s “limited statutory authority over the relevant action,” then that action “cannot be considered a legally relevant ‘cause’ of the effect” for NEPA purposes.

“In particular, the commission found no evidence that the projects by themselves would lead to increased gas production because “no specific shale-play [had] been identified as a source of natural gas for” the Projects. J.A. 1209. More importantly, there was no evidence suggesting that the gas to be processed in the Freeport facility, independent of the export authorisation, would “come from future, induced natural gas production, as opposed to from existing production, particularly in light of the longtime, extensive natural gas development that has already occurred in Texas, including in its shale areas.” Id. at 1270 (emphasis in original). Accordingly, the commission concluded that the “potential environmental effects associated with additional natural gas production [were not] sufficiently causally related to the Freeport LNG Projects to warrant a detailed analysis.”

Regarding Sabine Pass, the court said: “The commission adequately explained why it was not reasonably foreseeable that greater production capacity at the terminal – separate and apart from any export activity – would induce additional domestic natural gas production.”

Read the article online at: https://www.lngindustry.com/liquefaction/29062016/dc-circuit-court-responds-to-sierra-clubs-challenges-to-sabine-pass-and-freeport-lng-facilities-2674/ 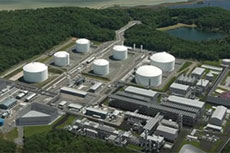 The US Department of Energy has rejected Sierra Club’s request for a rehearing of Dominion Cove Point LNG’s export authorisation.

The US DOE has issued an order denying Sierra Club’s request for a rehearing of orders granting Cameron LNG LLC authorisation to export LNG to non-FTA countries. 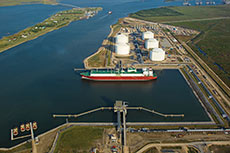 Sierra Club has filed a protest with the FERC against the proposed Golden Pass LNG export terminal near Sabine Pass, Texas.

The Sierra Club has filed comments on the FERC’s draft environmental review of the proposed Cameron LNG export project.