According to Reuters, Santos Ltd reported a 1% increase in its 1Q16 revenue as it increased coalbed methane (CBM) sales to its Gladstone LNG facility, offsetting the collapse in oil and gas prices. In the March quarter, sales volumes increased by 40% to 21.3 million boe.

In 1Q15, revenue was AUS$825 million, while, in 1Q16, it reached AUS$835 million. The Gladstone LNG project’s Train 1 shipped its first cargo in October 2015, and produced at a rate of 3.8 million tpy in the March quarter. Train 2 is expected to commence production this quarter.

Reuters reports that Santos is aiming to sell 76 – 83 million boe in 2016. The Chief Executive of the company, Kevin Gallagher, also reportedly said: “We will continue to look for opportunities to lift productivity and reduce costs to drive long-term value for shareholders.”

Read the article online at: https://www.lngindustry.com/liquefaction/22042016/santos-reports-slight-increase-in-revenue-in-1q16-2335/ 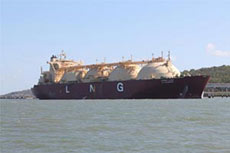 Santos GLNG has recently completed loading the 25th cargo of LNG from its LNG export terminal.

The CEO and Managing Director of Clough has resigned, in order to become the new CEO at Santos – the operator of the GLNG project. 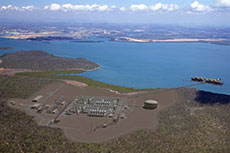 Santos has announced that LNG production has started on schedule at its GLNG project. 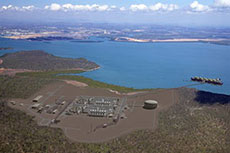