According to Reuters, Vitol – a trading house – has won a tender to purchase the first cargo of LNG from the Chevron-led Angola LNG facility since it shutdown over two years ago to commence repairs.

The facility, which is located in Soyo, Angola, originally shut down in late May 2014, with restart operations originally expected to occur in mid-2015. Angola LNG confirmed in early June 2016 that production had resumed at the facility, with the CEO of Angola LNG Marketing, Artur Pereira, stating: “Angola LNG is pleased to be back in production. The market has changed a lot while our plant has been shut down, but we are pleased to be able to deliver Angola LNG to the world and to take our place as a reliable and safe supplier in global LNG markets.”

Reuters reports that the cargo is currently being shipped from the project via the Sonangol Sambizanga LNG tanker.

Read the article online at: https://www.lngindustry.com/liquefaction/20062016/vitol-wins-tender-to-purchase-first-cargo-from-angola-lng-since-restart-2623/

The purchase is for cash consideration of US$830 million. 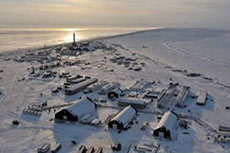 Rosneft and Vitol have signed a Heads of Agremnt for future cooperation in an LNG supply deal from Rosneft’s proposed LNG facility in Russia’s Far East.

Angola LNG has shipped the first cargo from its LNG plant.